AFP reporter Paul Guihard was murdered during a riot against the University of Mississippi admitting its first Black student in 1962. He was the only journalist killed covering the US civil rights struggle.

With his murder still unsolved, and a new book reexamining the events, we are re-running our 2019 podcast investigating what happened on that September Sunday. Episode 1 is below with episode 2 here.

Paul Guihard and photographer Sammy Schulman left the AFP bureau in New York on September 30, 1962 to cover the enrolment of James Meredith at the University of Mississippi. The US Air Force veteran had spent 18 months fighting for the right to attend the university,  which like many in the South at the time, did not accept African American students.

It was one of the pivotal moments in the US civil rights movement, with the world watching to see if President John F. Kennedy would stand up to violent opposition from white supremacists.

Episode 1:  The Civil War Never Came to an End 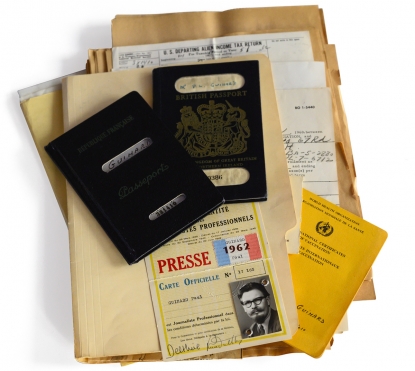 Kennedy refused to back down and ordered National Guard troops to escort Meredith to the university, known as Ole Miss. More than 300 journalists headed to Oxford, Mississippi, to witness the stand-off.

Both AFP journalists had ample experience of conflict. Guihard had served in the British army during the bloody unrest leading up to the independence of Cyprus and Schulman covered the Normandy landings and the liberation of Europe in 1944 as an American military photographer.

But neither was expecting the full-scale riot that would break out on the campus and that would ultimately end in tragedy. 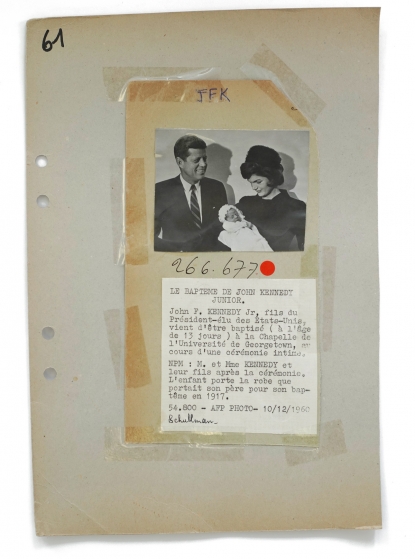 Sammy Schulman covered the White House and took this photo of president-elect John F. Kennedy and his wife Jackie with their son John Jnr. at his baptism on December 10, 1960

The pair did not usually work as a team, with Schulman normally covering the White House and the Kennedys in Washington while Guihard worked in AFP’s New York bureau.

With his plummy accent and tweed jackets, which he sported even in summer, Guihard was the picture of a young Englishman gentleman. But he had led an eventful life, being stuck as a child in Nazi-occupied France during the war while staying with his father’s family.

The two journalists split up when they got to the campus so they could cover more ground. Violence quickly erupted. Schulman was in the darkroom of the university newspaper, The Mississippian –  which had opened its doors to journalists covering the riots –  when the terrible news filtered through.

The Mississippian’s editor Sidna Brower remembered that a student opened the darkroom door:

‘A reporter has been killed!’ the student shouted.

As President Kennedy addressed the American people that evening to explain his decision to send in troops, riots had already exploded at Ole Miss, fuelled by hundreds of protesters who had come from other southern states to stop the university accepting its first Black student. Journalists would later write that the riot was “the last battle of the Secession war.”

A group of students found Guihard lying on the ground near a dormitory. He was on his back. At first they thought he had suffered a heart attack and tried to revive him. In the darkness they couldn’t see that his tweed jacket was soaked with blood – Guihard had been murdered, shot in the back from point blank range. He was 30. 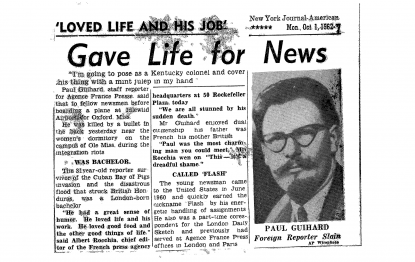 Who killed Paul Guihard? is a production of the Interactive Graphics Team at AFP. Design by Fred Bourgeais and Jacky Fong; illustrations by David Lory; text editing by Fiachra Gibbons and Yana Dlugy; file pictures by Cecile Cadel.

The podcast was produced by Laurent Kalfala.

AFP journalist based in Paris
All posts 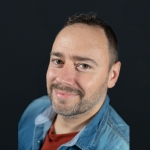 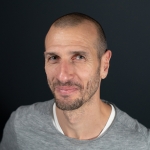