Home Analysis ‘We will coup whoever we want’: Elon Musk and the overthrow of...
Share
Facebook
Twitter
Pinterest
WhatsApp
Linkedin
Email
Print
Tumblr
What role did billionaire Elon Musk and his thirst for lithium play in the coup in Bolivia? Vijay Prashad and Alejandro Bejarano discuss. 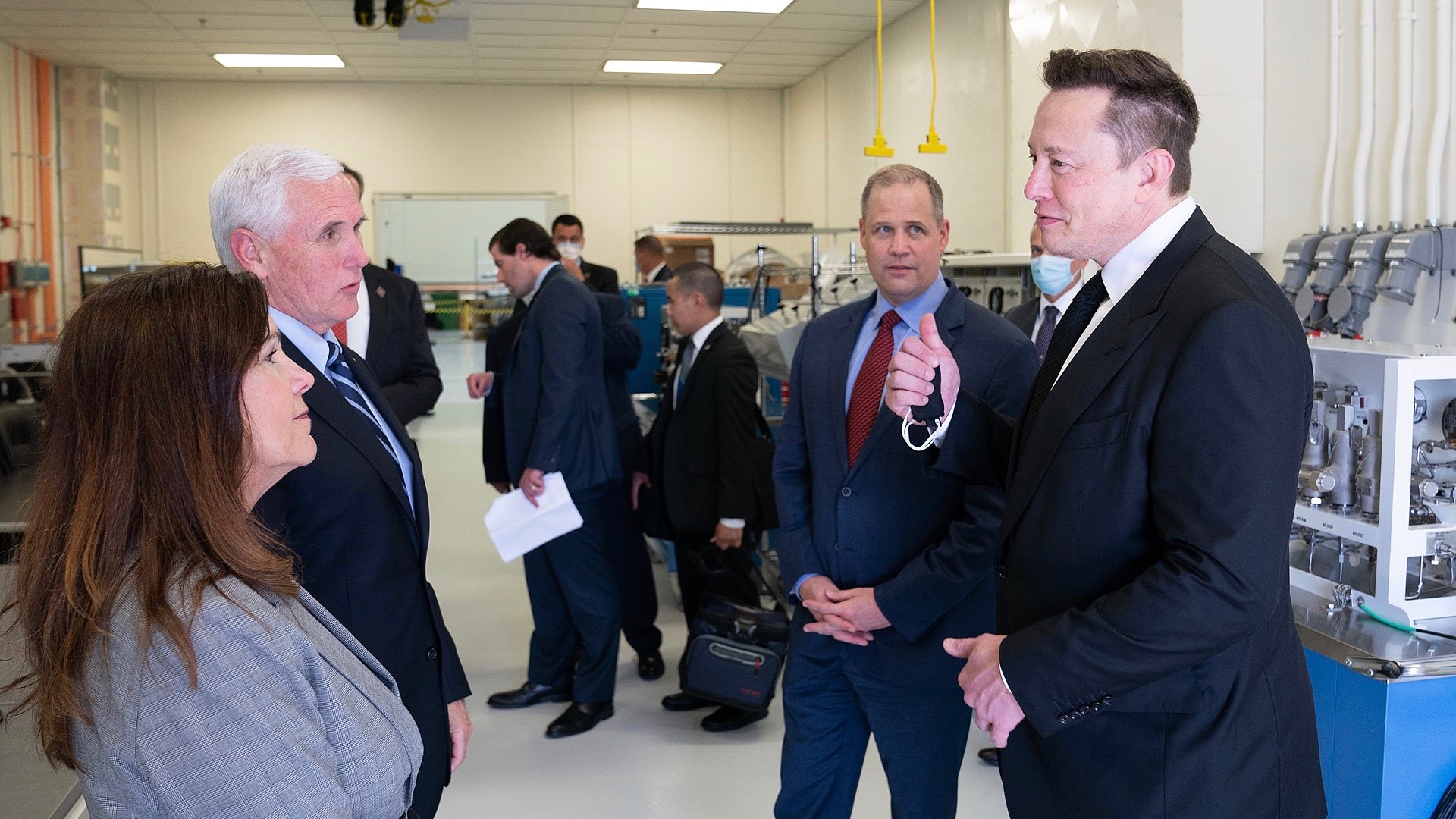 On July 24, 2020, Tesla’s Elon Musk wrote on Twitter that a second US “government stimulus package is not in the best interests of the people.” Someone responded to Musk soon after, “You know what wasn’t in the best interest of people? The US government organizing a coup against Evo Morales in Bolivia so you could obtain the lithium there.” Musk then wrote: “We will coup whoever we want! Deal with it.”

Musk refers here to the coup against President Evo Morales Ayma, who was removed illegally from his office in November 2019. Morales had just won an election for a term that was to have begun in January 2020. Even if there was a challenge against that election, Morales’ term should rightfully have continued through November and December of 2019. Instead, the Bolivian military, at the behest of Bolivia’s far right and the United States government, threatened Morales; Morales went into exile in Mexico and is now in Argentina.

At that time, the “evidence” of fraud was offered by the far right and by a “preliminary report” by the Organization of American States; only after Morales was removed from office was there grudging acknowledgment by the liberal media that there was in fact no evidence of fraud. It was too late for Bolivia, which has been condemned to a dangerous government that has suspended democracy in the country.

Over his 14 years in office, Morales fought to use the wealth of Bolivia for the Bolivian people, who saw—after centuries of oppression—remarkable advances in their basic needs. Literacy rates rose and hunger rates dropped. The use of Bolivia’s wealth to advance the interests of the people rather than North American multinational corporations was an abomination to the US embassy in La Paz, which had egged on the worst elements of the military and the far right to overthrow the government. This is just what happened in November 2019.

Musk’s admission, however intemperate, is at least honest. His company Tesla has long wanted access at a low price to the large lithium deposits in Bolivia; lithium is a key ingredient for batteries. Earlier this year, Musk and his company revealed that they wanted to build a Tesla factory in Brazil, which would be supplied by lithium from Bolivia; when we wrote about that we called our report “Elon Musk Is Acting Like a Neo-Conquistador for South America’s Lithium.” Everything we wrote there is condensed in his new tweet: the arrogance toward the political life of other countries, and the greed toward resources that people like Musk think are their entitlement.

Musk went on to delete his tweet. He then said, “we get our lithium from Australia”; this will not settle the issue, since eyebrows are being raised in Australia regarding the environmental damage from lithium mining.

After Morales was removed, an insignificant far-right politician named Jeanine Áñez set aside the constitutional process and seized power. She showed the character of her politics when she signed a presidential decree on November 15, 2019, that gave the military the right to do whatever it wanted; even her allies found this to be too far and repealed it on November 28.

Arrests and intimidation of activists from the Movement for Socialism (MAS)—the party of Morales—began in November 2019 and still continue. On July 7, 2020, seven US senators published a statement that said, “We are increasingly concerned by the growing number of human rights violations and curtailments of civil liberties by the interim government of Bolivia.” “Without a change in course by the interim government,” the senators wrote, “we fear that basic civil rights in Bolivia will be further eroded and the legitimacy of the crucial upcoming elections will be put at risk.”

There’s no need to worry about that, since the government of Áñez seems unwilling to hold an election. By all polls, Áñez looks likely to be defeated in the general elections. A recent poll by El Centro Estratégico Latinoamericano de Geopolítica (CELAG) says that Áñez will get a mere 13.3 percent, far behind the Movement for Socialism’s Luis Arce (41.9 percent) and the center right’s Carlos Mesa (26.8 percent). The election was supposed to have taken place in May, but it was rescheduled for September 6; it has now been postponed once more, this time to October 18. Bolivia would not have had an elected government for an entire year.

Luis Arce of MAS recently told Oliver Vargas, “We face persecution, we face surveillance… we are facing a very difficult campaign.” But, he said, “we are sure that we will win these elections.” If elections are permitted.

The CELAG study shows that 9 out of 10 Bolivians have seen their incomes decline due to the coronavirus recession. Because of this—and of the attack by this government on the MAS—65.2 percent of Bolivians have a negative appraisal of Áñez. It is important to note that due to the positive policies of Morales’ MAS, there is widespread support for a socialist orientation; 64.1 percent of Bolivians support taxes against the rich, and Bolivians in general support the resource socialism of the MAS and Morales.

The government of Áñez has been utterly incompetent regarding the coronavirus. The number of confirmed cases of COVID-19 in this country of 11 million people is 66,456; since testing is low, the number is likely much higher.

Musk returns to our story. Earlier this year, on March 31, Bolivia’s Foreign Minister Karen Longaric wrote an obsequious letter to Musk asking him about the “offer of cooperation posted by you regarding ventilators ready to be dispatched to countries where they are needed the most.” Longaric said, “If it is not possible to send it to Bolivia, we can arrange its receipt in Miami, FL. and transport them from there as quickly as possible.” No such ventilators came.

Instead, the government bought ventilators from a Spanish supplier for $27,000 for each of the 170 devices; Bolivian producers had said they could supply ventilators for $1,000 per unit. The health minister in the Áñez government—Marcelo Navajas—was arrested for this scandal.

The reference to the massacres is important. In November, from Mexico City, Morales watched as the government of Áñez let loose the dogs of war against the people of Bolivia from Cochabamba to El Alto. “They are killing my brothers and sisters,” Morales said at a press conference. “This is the kind of thing the old military dictatorships used to do.” It is the toxic character of the government of Áñez, backed fully by the US government and Elon Musk.

Protests across Bolivia began on July 27 for the restoration of democracy.

Vijay Prashad is an Indian historian, editor and journalist. He is a writing fellow and chief correspondent at Globetrotter, a project of the Independent Media Institute. He is the chief editor of LeftWord Books and the director of Tricontinental: Institute for Social Research. He has written more than 20 books, including The Darker Nations and The Poorer Nations. His latest book is Washington Bullets, with an introduction by Evo Morales Ayma.

Alejandro Bejarano is a Bolivian musician, documentarian, and social media manager. In 2016, he received the Medal of Honor for Cultural Merit of the Plurinational Legislative Assembly of Bolivia.

Ebola, the African Union and bioeconomic warfare: Health questions and the...