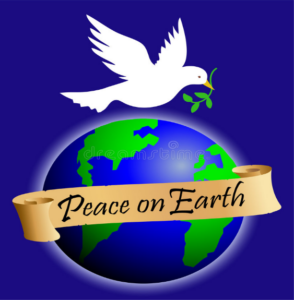 Each year the International Day of Peace is observed around the world on 21 September. The UN General Assembly has declared this as a day devoted to strengthening the ideals of peace, through observing 24 hours of nonviolence and cease-fire.

But achieving true peace entails much more than laying down arms.  It requires the building of societies where all members feel that they can flourish. It involves creating a world in which people are treated equally, regardless of their race.

As Secretary-General António Guterres has said:

“Racism continues to poison institutions, social structures, and everyday life in every society. It continues to be a driver of persistent inequality. And it continues to deny people their fundamental human rights. It destabilizes societies, undermines democracies, erodes the legitimacy of governments, and… the linkages between racism and gender inequality are unmistakable.”

As conflicts continue to erupt across the globe, causing people to flee, we have seen race-based discrimination at borders. As COVID-19 keeps attacking our communities, we have seen how certain racial groups have been hit much harder than others. As economies suffer, we have seen hate speech and violence directed at racial minorities.

We all have a role to play in fostering peace. And tackling racism is a crucial way to contribute.

We can work to dismantle the structures that entrench racism in our midst. We can support movements for equality and human rights everywhere. We can speak out against hate speech – both offline and online. We can promote anti-racism through education and reparatory justice.

The 2022 theme for the International Day of Peace is “End racism. Build peace.” We invite you to join the efforts of the United Nations as we work towards a world free of racism and racial discrimination. A world where compassion and empathy overcome suspicion and hatred. A world that we can truly be proud of.

The International Day of Peace will be observed on 16 September 2022 at United Nations Headquarters. The programme will begin with the traditional Peace Bell Ceremony in the Peace Garden at 9:00 a.m. EDT. At that event, the Secretary-General and President of the General Assembly will ring the Peace Bell. Following that, a Youth Observance will be held in the Economic and Social Council (ECOSOC) Chamber at 9:30 a.m. EDT, in which more than 500 students will interact with the Secretary-General and high-profile artists and activists. Young people will present projects that illustrate the action they have taken to combat racism and thereby foster peace. Both events will be broadcast live and on demand. See the Programme of the Youth Observance

Kimpavitapress - July 25, 2014 0
By Daisy Carrington and Dianne McCarthy* Kinshasa, the capital of the Democratic Republic of Congo, has found itself in the middle of...

Beyond the T-Shirt: What Che Actually Stood For By Urooba Jamal

River of dollars flowing from South Sudan into Kenya, Uganda By...