The weaponization of human rights has transformed the individual and collective entitlement to assistance, protection, respect and solidarity — based on our common human dignity and equality — into a hostile arsenal to target competitors and political adversaries. In the stockpile of weaponized human rights, the technique of “naming and shaming” has become a sort of ubiquitous Kalashnikov.  Experience shows, however, that naming and shaming fails to alleviate the suffering of victims and only satisfies the strategic aims of certain governments, politicized non-governmental organizations and of a burgeoning human rights industry that instrumentalize human rights for the purpose of destabilizing others and often enough to facilitate “regime change”, regardless how undemocratic that may sound and notwithstanding the customary international law principle of non-intervention in the internal affairs of sovereign States., The strategy rests on the false premise that the “namer” somehow possesses moral authority and that the “named” will recognize this moral superiority and act accordingly. Theoretically this could function if the “namer” were to practice “naming and shaming” in a non-selective manner and refrain from obvious double-standards. Alas, the technique frequently backfires, because the “namer” has its own skeletons in the closet.

This classical example of intellectual dishonesty usually stiffens the resistance of the “named”, who will be even less inclined to take any measures to correct real or alleged violations. Or, what may be surmised, the “namer” actually wants the “named” to stiffen resistance and refuse to make any concessions, so that the “named” can be denounced even more loudly. This fits into the concept of human rights as a foreign policy tool, which is not intended to improve the lives of individuals but rather to advance geo-economic objectives.Another technique of norm-warfare is what is termed “lawfare”, whereby the “law” is used to subvert the rule of law, and international criminal law is instrumentalized to demonize certain leaders and not others. A self-respecting judge would not betray the profession by playing this kind of game — but some do, and instead of safeguarding the ethos of the rule of law these politicized judges corrupt it (remember Roland Freisler’s Volksgerichtshof!) thus undermining the credibility of the entire system.

The arsenal of weaponized human rights also includes non-conventional wars such as economic wars and sanctions regimes, ostensibly justified on the alleged human rights violations of the targeted State. The result is that, far from helping the victims, entire populations are held hostage –victims not only of violations by their own governments, but also of “collective punishment” by the sanctioning State(s). This can entail crimes against humanity, when as a consequence food security is impacted, medicines and medical equipment are rendered scarce or are available only at exorbitant prices. Demonstrably, economic sanctions kill. Under certain conditions, “naming and shaming” involve further violations of human rights and the rule of law, contravening Arts. 6, 14, 17, 19 and 26 of the International Covenant on Civil and Political Rights, and could reach the threshold of what is termed “hate speech” (Art. 20) .  Bottom line: while in specific cases “naming and shaming”, particularly by ngo’s, has yielded positive results, it is not a cure-all for all human rights abuses.  In more complex situations, “naming and shaming” has either aggravated a situation or proven to be a thoroughly ineffective instrument of change. States would do well to revisit Matthew VII, 3-5 and replace the obsolete “naming and shaming” technique by good faith proposals and constructive recommendations, accompanied by the offer of advisory services and technical assistance. so as to concretely help the victims on the ground.

Sowing honesty and friendship is best to reap cooperation and progress in human rights terms. What is most needed today is mature diplomacy, result-oriented negotiations, a culture of dialogue and mediation, instead of this petulant culture of grandstanding, intransigence and holier-than-thou pretence that help no one. 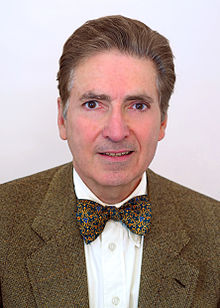 Alfred Maurice de Zayas (born May 31, 1947, Havana, Cuba) is an American lawyer, writer, historian, an expert in the field of human rights and international law, a peace activist, President of PEN International Centre Suisse romand, and since 2012 the United Nations Independent Expert on the Promotion of a Democratic and Equitable International Order (also known as Special Rapporteur), appointed by the United Nations Human Rights Council.

Kimpavitapress - September 16, 2014 0
South African shack dwellers' movement Abahlali baseMjondolo report on the illegal eviction of shacks in an occupied settlement by municipal authorities.Evictions at the Chris...

Handbook of Research on Examining Global Peacemaking in the Digital Age...

10 October: The Death Penalty and Human Dignity Day By Rene...