By Rob Lemkin and Femi Nylander 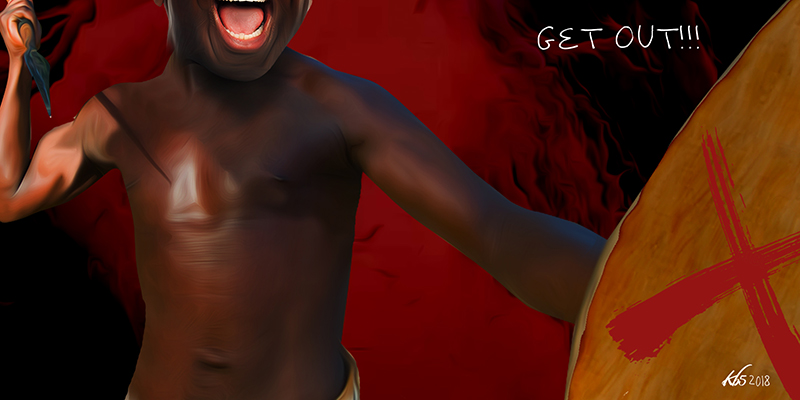 In the spring of 1979, Moussa Ali, now 85, was plowing his parched field on the edge of a two-house hamlet in the Sahel of Niger. Suddenly, his hoe rang with the sound of metal. Intrigued, he dug down and found a cache of ancient bullets and spent cartridges. “Then I knew that the story our grandparents told us must be true,” Moussa recalls.

The story Moussa heard as a child was the story of the Battle of Koran Kalgo. In July 1899, his ancestors’ village was attacked by a well-armed French invasion force. If Moussa had had access to the French colonial archives in Aix-en-Provence, he would have read the terse French dispatch from that day: “Enemy held their ground despite a murderous battery. A small village of 600. Storming it cost us 2 dead, 14 wounded. All inhabitants killed, village set on fire.”

He also might have gone on to read the diary of the French officer sent to find this murderous force after rumors of its atrocities had reached Paris. “Towards midday we arrived at what used to be the village of Koran Kalgo. Now it was just smouldering ruins. An old man sitting in the ashes told us the invasion force had passed through four days ago. Two little girls, about 10 years old, were hanging from a tree at the village entrance. Everywhere I saw dead bodies of men in their prime, their great shields lay alongside. Some had had time before dying to find the shade of a spindly bush.” 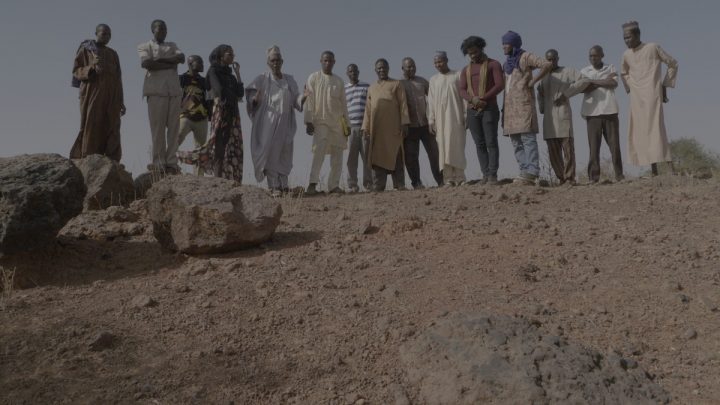 Crowd on a hill © LemKino Pictures.

Moussa had kept the bullets for over 40 years, wanting to preserve the evidence of this monstrous history. We were the first people outside his village to ever come asking about the massacre. We were in Niger to make a BBC documentary, African Apocalypse, on the murderous invasion of 1899 and its continuing impact on people today.

We sent a photo of one of the bullets to a historical munitions expert, Curtis Steinhauer of Cartridge Corner. Its markings were clear, and we received this remarkable reply: “‘4-85’ means the bullet was made in April 1885. ‘ART’ indicates it was made for the artillery division. ‘D’ signifies the manufacturer, Société Électromécanique of Dives in Normandy. And ‘EG’ is the company that supplied the casing’s metal, Eschger, Ghesquière & Cie of Biache St Vaast, near Calais.”

This bullet is just one testament to a more brutal history. Paul Voulet, the French commander in 1899, is believed to have killed tens of thousands of Nigeriens as he sought to take control of Lake Chad for France before the British got there. Niger’s main highway follows the exact route of his massacres. In fact, it created the colonial and still-current border with Nigeria.

Last month in New York, Fabian Salvioli—the United Nations Special Rapporteur for the Promotion of Truth, Justice, Reparation and Guarantees of Non-Recurrence—presented a report entitled “Transitional justice and addressing the legacy of gross violations of human rights and international humanitarian law committed in colonial contexts.” Unrestricted access to official archives in the search for truth is one of his many recommendations.

Transitional justice might seem a strange concept in the context of century-old abuse, but, as Salvioli points out, “the colonial transfer of wealth and racist oppression have created a legacy of social, economic and cultural exclusion whose effects have been felt for generations.” 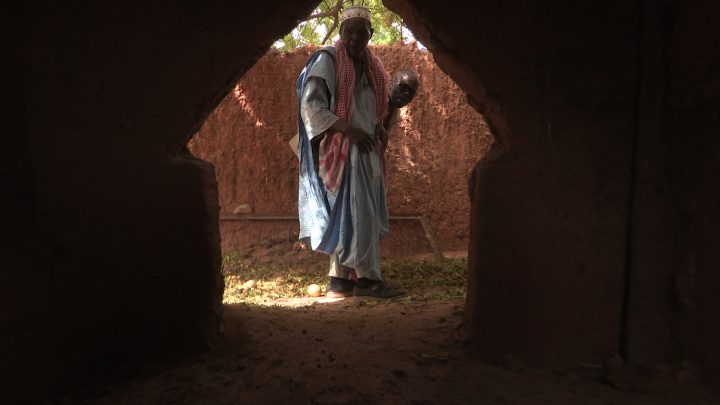 Moussa Ali has lived that legacy. In the 1980s, he traveled to France, looking for work. He was unable to access a visa and, when discovered, he was instantly deported back to Niger. “They can come here,” he says, “but we’re not allowed to go there. It’s shameful!” For 40 years, he has had little choice but to eke out a living in his deserted village, five kilometers from the nearest water well.

At every village along the road, we met communities who feel that the day Voulet arrived marked the first day of their impossible present. According to the UN Human Development Index, Niger is the least developed country in the world. France granted Niger independence in 1960, but only if they entered into a defense treaty which required that Niger prioritize French national security interests. Today, although a third of France’s electricity is reportedly generated by Nigerien uranium, less than 20% of the country’s 25 million people have access to electric power. As Ta-Nehisi Coates puts it in “The Case for Reparations,” “plunder in the past made plunder in the present efficient.” In our film, the Sultan of Birnin Konni states that Voulet and his men killed between 7,000 and 15,000 people over three days of rampage. “He found us rich and left us poor,” he adds. In fact, the sultan believes that Voulet’s actions constitute a crime against humanity. “If they occurred today,” he says, “Voulet would be taken before the International Criminal Court at The Hague.”

Salvioli’s report acknowledges the obvious fact that given the time elapsed, prosecution of colonial perpetrators is most often no longer an option. “Given this limitation,” he writes, “it is even more important that other components of transitional justice are properly developed.”

Also last month, representatives of the affected Nigerien communities (with whom we worked on our film) spoke alongside Salvioli at “Racial Violence and Colonial Accountabilities,” a global webinar at the New School of New York. These advocates are demanding a public apology from France accompanied by a full investigation of the truth of what happened—something neither France nor Niger has ever done. They also demand a process of memorialization with full community participation. There are monuments across Niger to French officers who died in the colonial conquest; Voulet’s grave is still preserved in the village where his African troops, sickened by his excesses, finally mutinied and killed him. But there is not a single memorial to those who died resisting the bloody invasion. As Hosseini Tahirou Amadou, a history teacher and one of the Nigerien community representatives, says, “It’s as if all the Africans who died were not actually human beings.”

It’s not just Niger, either. Also at the webinar, Professor Ousseina Alidou, a Nigerien specialist in postcolonial gender studies at Rutgers University, remarked that years later, Africa still remains “marked by coloniality and its afterlife.”

The time since George Floyd’s murder have shown us the urgent need for global humanity to transition out of an unjust world forged in the fires of colonialism. The communities of Niger, silenced for so long, are now beginning to play their part in making that transition a real possibility.

This post is from a partnership between Africa Is a Country and The Elephant.

Rob Lemkin, along with Femi Nylander, made the BBC documentary African Apocalypse on the French colonial invasion of Niger.Source: https://www.theelephant.info/culture/2021/11/19/the-case-for-reparations-and-revisiting-colonial-atrocities/The Elephant – Speaking truth to power.

Forty years ago, the CIA had its eye on Jamaica—and Bob...

Kimpavitapress - January 5, 2017 0
Forty years ago, on Dec. 3, 1976, Bob Marley was shot in a gangland assassination attempt in the heat of a contentious Jamaican election...