South Sudan s President Salva Kiir arrives for the opening session of the 33rd African Union (AU) Summit at the AU headquarters in Addis Ababa, Ethiopia Sunday, Feb. 9, 2020. Topics on the table for discussion included the situations in Libya and Sudan, as well as President Donald Trumps Middle East initiative.&nbsp;
KAMPALA, Uganda (AP) — South Sudan President Salva Kiir on Monday was named the top “spoiler of peace” in a new award that seeks to shame him and others into taking serious steps to end bloody conflict in the worlds youngest country. 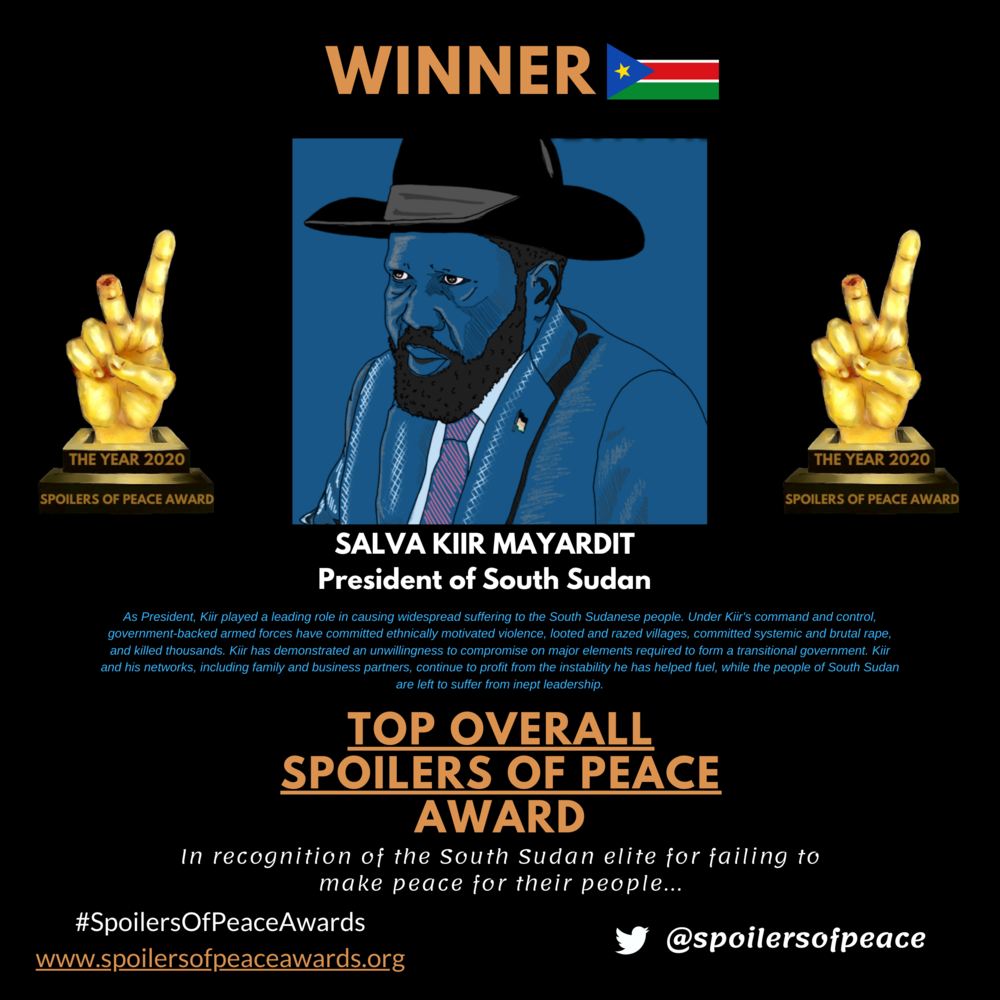 Kiir and rival leader Riek Machar are under growing pressure to form a coalition government this month, the significant next step in a fragile peace deal signed in 2018 to end a five-year civil war that killed nearly 400,000 people. The deadline has been extended twice and the international community is signaling impatience.
Now a Uganda-based group, Atrocities Watch Africa, is citing Kiir and others for their roles in the conflict that also has displaced at least 2 million people. Many fled to Uganda.
The “spoiler of peace” award citation accuses Kiir of being unwilling to compromise on major issues needed to form the coalition government. It also asserts that under his command and control, government-backed fighters killed thousands of people and committed atrocities such as looting and razing villages.
It was not immediately possible to get a comment from South Sudans presidency.
Dismas Nkunda, a Ugandan activist who established the awards, said he hopes that “with these awards the individuals, businesses and other institutions that are derailing the peace process in South Sudan will not continue as usual now that we know them.”
Other winners of the “Spoilers of Peace Award” announced in the Kenyan capital, Nairobi, included the Ugandan government, South Sudans military, an oil consortium and other political and military figures in South Sudan.
The civil war erupted in South Sudan in late 2013, when a rift between Kiir and his deputy, Machar, escalated into fighting often along ethnic lines. Both men have been accused of violating multiple ceasefires

Kimpavitapress - August 16, 2015 0
In 2012 Africa became the fastest growing continent in the world with the highest number of new millionaires. There are now more...

"Concerning Violence," From: THE WRETCHED OF THE EARTH