Declining support for human rights is partly attributable to the expansion of the concept to cover all worthy causes, and to rights being seen as a solution to all societal ills. 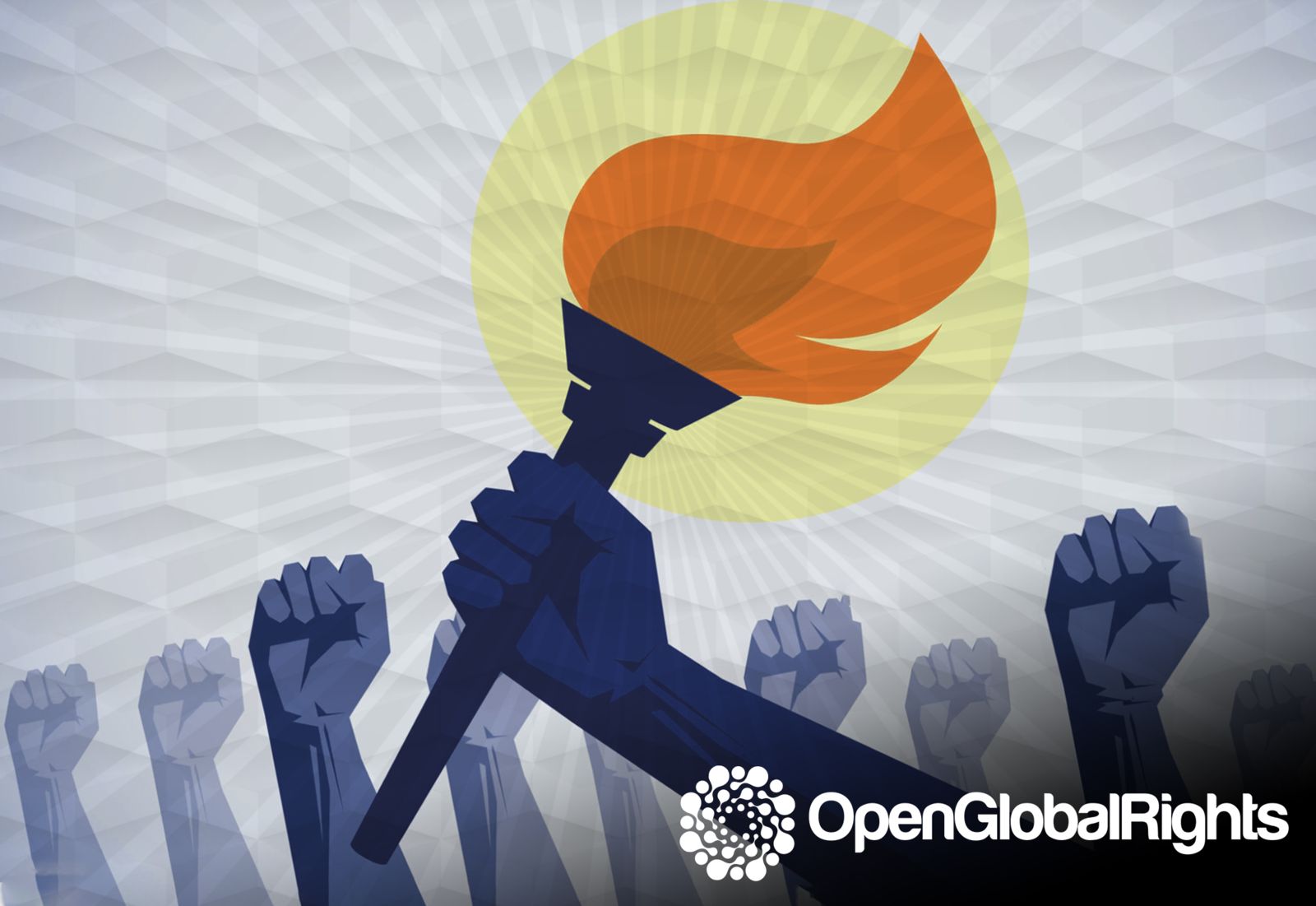 Over the past several years, many have highlighted the limits, failures, or even “endtimes” of human rights. The relatively solid support for human rights within the so-called West is increasingly shaky, as the financial crisis that began in 2008 and the migrant crisis that hit Europe in 2015 have weakened support for international commitments of all kinds. The rise of nationalism and populism in many countries also undermines support for international norms, epitomized by human rights. The tide of repression in the name of the fight against terrorism continues to grow.

What went wrong? Is the concept of universal rights becoming irrelevant, even as the world becomes increasingly interconnected? Were human rights always too idealistic to survive the economic and political shocks of recent decades?

Human rights do continue to appeal to people all over the world who are victims of dictatorship, discrimination, violence, and poverty. However, human rights, which gained widespread legitimacy and credibility in the late 20th century, now risk becoming victims of their own success. Unfortunately, this is in part due to advocates and well-meaning governments that have blurred the focus of human rights in order to promote other worthy causes.

The expansion of rights has been pervasive, and the scope of human rights today confuses many people.  For example, the principal human rights body of the United Nations, the UN Human Rights Council, has considered, among many other issues, the impact on human rights of toxic waste, extreme poverty, mercenaries, and unilateral sanctions; it has supported work on “international solidarity” and creation of a “democratic and equitable international order,” also under the banner of human rights. The Council appoints numerous rapporteurs or “experts”, who are unfortunately sometimes more concerned with promoting personal agendas (for example, advocating universal de-criminalization of sex work, denouncing the racism of Donald Trump, or criticising socio-economic inequality) than with reflecting human rights as they actually are.

Advocates and well-meaning governments have blurred the focus of human rights in order to promote other worthy causes.

Human rights advocates should not be dissuaded from pursuing causes that they believe to be deserving, but they need to recognize that sympathy for a worthy cause is not a sufficient reason to turn its promotion into an international human rights norm. The result of proposing new rights to regulate ever more narrow slices of life under ever more diverse circumstances may be simply to expand the number of rights that are routinely ignored.

New rights are asserted, but so too are “rights-based” approaches to diverse sectors and issues, including business, trade and globalization, the environment, corruption, and technology. The hope seems to be that intoning the mantra of human rights will make complex problems more visible and their resolution easier. Alas, this is not the case, and the issues just mentioned have not magically been resolved after emerging from the fog of rights-based approaches.

As importantly, substituting the adversarial language of rights for the often more fruitful path of rational debate may make it less likely that societies will be able to arrive at viable solutions to many of these problems. Managing climate change and sustainability, determining the most appropriate trade and immigration policies for a given country, and apportioning available resources among competing demands requires broad, fact-based discussions that are less likely to emerge if the only argument is whether my “rights” are superior to yours. Decoupling human rights from such policy debates will focus the discussion where it should be, on the differing political, economic, scientific, and ethical perspectives that must be reconciled if societal problems are to be dealt with openly and successfully.

Another form of human rights proliferation is the attempt to impose obligations on non-state actors, but this should not come at the cost of excusing governments from meeting their own legal obligations. It is government that must hold businesses accountable for the harms that they cause, and domestic criminal justice systems must root out corruption. Intergovernmental cooperation is essential to any meaningful attempt to ensure sustainable development and constrain the impact of climate change, as a complement to private initiatives. Civil society is vital, but relying on NGOs to solve what are essentially government problems is doomed to fail, since NGOs (themselves rarely accountable to more than a small board of directors and a few donors) simply cannot and should not become government.

While human rights are universal in their application, this does not require them to be interpreted and implemented in exactly the same way everywhere.  This fact is sometimes forgotten by advocates who assume that the interpretation of rights in their own historical and cultural context precludes different approaches elsewhere. But cultural and regional differences are a strength of humanity, not a weakness, and the inherent flexibility of human rights is also one of their strengths.

A final problem is the equation of human rights with other humanitarian issues. For example, the creation of the International Criminal Court (ICC) in 2002 was a laudable achievement, but its work should not be equated with “human rights”. The ICC does not oblige governments to address within their own countries the broad range of rights set forth in the human rights treaties adopted since 1945, and mere prosecution of horrific crimes will rarely be directly relevant to the billions of people around the world whose rights are violated by governments on a daily basis. Conflating the different goals may undermine human rights by linking them to the many difficulties of enforcing international criminal law, and it will certainly not help the latter.

The phrase human rights encompasses many possible understandings of what rights are, but the contemporary content of human rights is defined most clearly and powerfully as law.

Similarly, confusing the protection of human rights with either starting or ending war makes no sense. Universal implementation of human rights might render conflicts less likely, and protection of human rights is necessary to ensure that any peace agreement is sustainable. However, stopping wars and war crimes is a problem for ethicists and politicians, and it is foolish to invoke “human rights” as being able to overcome the continued reality of war. Further, international human rights law does not authorize the use of force by outsiders to protect rights, as is often asserted by some governments and human rights advocates who promote the so-called “responsibility to protect” doctrine (R2P). Rwanda remains a stark reminder of the cost of non-intervention, but most other situations in which populations are dying are morasses of conflicting geopolitics, battles over resources, or ethnic or religious rivalries. “Doing something” without understanding the likely outcome of using force is immoral, and well-intentioned killing cannot be justified in order to safeguard even essential human rights such as fair trials, non-discrimination, free expression, or education.

The phrase human rights encompasses many possible understandings of what rights are, but the contemporary content of human rights is defined most clearly and powerfully as law. This definition may be criticized as narrow, and it certainly does not encompass every right that someone or some group seeks to assert. But the advantage of law is that it provides the best evidence of both the content of human rights and of the essential universality of the legal human rights commitments that every country has undertaken. Viewing human rights as law underscores the fact that human rights norms constitute binding obligations on governments, as distinct from purely voluntary guidelines or recommendations.

Human rights norms deliberately do not challenge the existing international order of sovereign states, and changing the perceptions and behaviour of such states is difficult and slow. However, change has occurred, and international human rights advocacy since the 1940s deserves credit for encouraging and facilitating the partial transition from a world of greedy, uncaring, and unaccountable governments to more tolerant, open, and fair governments.

But effective human rights advocacy today requires reinforcing consensus, recognizing limits, and remembering that the goal is to enable individuals and societies to determine their own future in dignity and independence, within the confines of universally accepted norms. This does not mandate freezing our understanding of human rights in the concrete of the 1940s or 1970s. What it does require is a constant awareness of the true universality of human rights, so that rights will remain meaningful and enjoy support from people everywhere. Without such recognition, there is no guarantee that the centenary of the Universal Declaration of Human Rights in 2048 will be celebrated, or even remembered.

•Hurst Hannum is Professor of International Law at the Fletcher School of Law and Diplomacy, at Tufts University. His latest book is Rescuing Human Rights – A Radically Moderate Approach, published by Cambridge University Press.

#InstagrammingAfrica: The Narcissism of Global Voluntourism.” BY LAUREN KASCAK & SAYANTANI...

Kimpavitapress - June 26, 2014 0
(Photo: Twin Design/Shutterstock) Voluntourism is ultimately about the fulfillment of the volunteers...