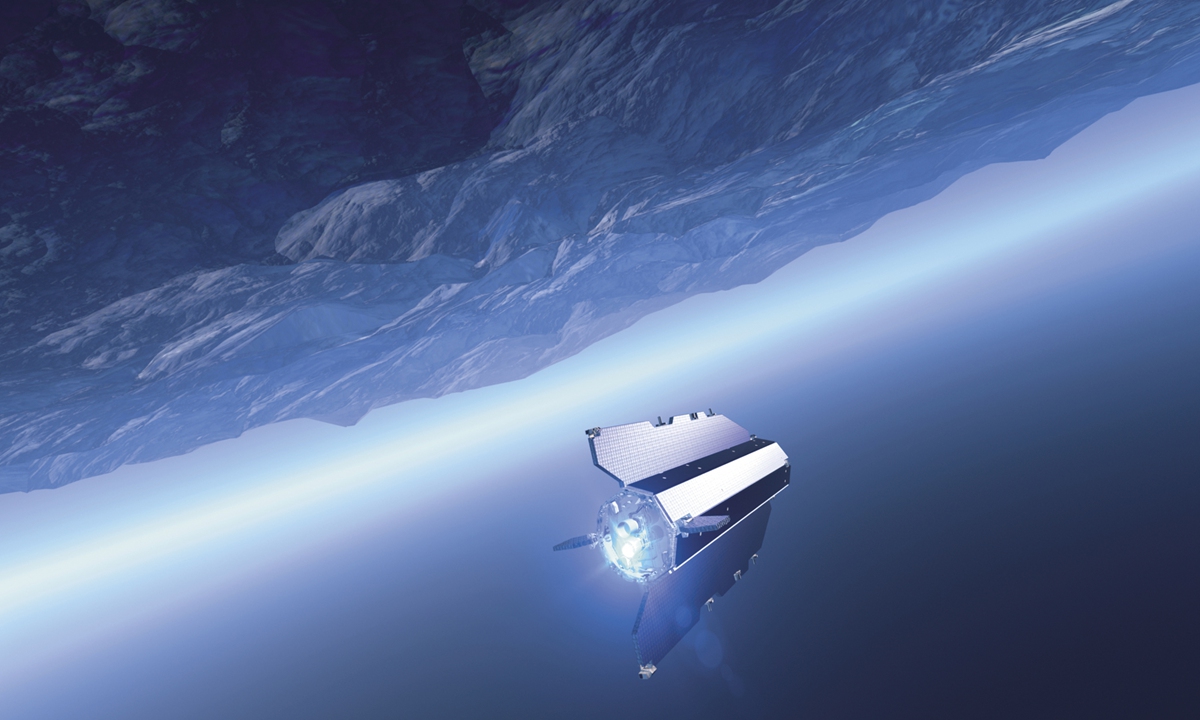 After mapping variations in Earth’s gravity with unprecedented detail for four years, the GOCE satellite has run out of fuel and the end of mission has been declared on November 8, 2013. Photo: VCG

Deforestation dropped by an average of 18 percent across nine central African countries after the alerts were introduced, found a study published in the journal Nature Climate Change.

“This is really a small revolution,” said study lead Fanny Moffette, a postdoctoral researcher at the University of Wisconsin-Madison.

“Now that we know subscribers of alerts can have an effect on deforestation, there’s potential ways in which our work can improve the training they receive and support their efforts,” she added in a statement.

Trees absorb about a third of greenhouse gas emissions produced worldwide, but tropical rainforests disappeared at a rate of one soccer pitch every six seconds in 2019, according to data published by Global Forest Watch.

The study looked at whether the alert system – launched by the Global Forest Watch monitoring project in 2016 – was affecting tree losses in 22 tropical countries in South America, Africa and Asia.

It draws on satellite images updated every eight days, and uses artificial intelligence to identify where trees are vanishing by comparing pictures. It then warns subscribers covering the area so they can investigate and take action.

Organizations signed up to the alerts include governments, wildlife officials and park authorities, as well as NGOs and local forest protectors.

They have used the data to stage extra patrols in areas shown as losing trees and to catch illegal loggers in the act, said Katherine Shea at Global Forest Watch.

Overall the risk of deforestation was 18 percent lower in 2016-18 than in earlier years in the nine African countries, which included Cameroon, the Central African Republic and the Democratic Republic of the Congo.

However, deforestation did not decrease overall in South American or Asian countries covered by the alerts.

The authors said similar technology already available in those areas may have lessened the impact. They estimated the alert system is likely to have stopped between $149 million and $696 million worth of damage and economic consequences from climate change.

“These new systems are making it really easy for people to have a look and see what is going on – and then take action,” said Simon Lewis, professor of Global Change Science at University College London, who was not involved in the study.

“Having a free alert system to give people near real-time information is incredibly helpful.”

The High-Level Panel on Internal Displacement should focus on addressing causes...

Kimpavitapress - December 8, 2019 0
On 23 October 2019, the United Nations Secretary-General announced the establishment of a High-Level Panel on Internal Displacement in an event organised to mark...

SOS: Save our seas By Rene Wadlow

Uganda: How music is shaping war on Coronavirus By Denis Nsubuga