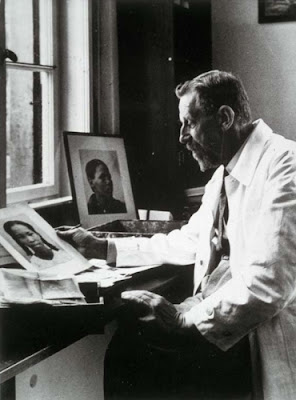 The Herero and Namaqua Genocide is considered the first genocide of the 20th century that took place from 1904 until 1907 in Namibia known then as German South-West Africa.
On January 12, 1904, the Herero people, led by Samuel Maharero, rebelled against German colonial rule. In August, German general Lothar von Trotha defeated the Herero in the Battle of Waterberg and drove them into the desert of Omaheke, where most of them died of thirst. In October, the Nama people also rebelled against the Germans only to suffer a similar fate.

In total, between 24,000 up to 100,000 Herero perished along with 10,000 Nama. The genocide was characterized by widespread death by starvation and thirst by preventing the fled Herero from returning from the Namib Desert. 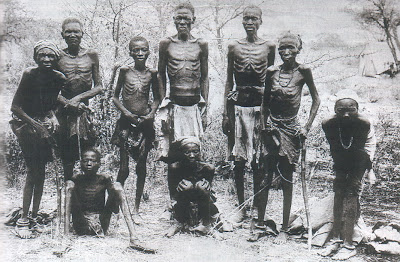 Some sources also claim the German colonial army to have systematically poisoned desert wells. In 1985, the United Nations’ Whitaker Report classified the aftermath as an attempt to exterminate the Herero and Nama peoples of South-West Africa, and therefore one of the earliest attempts of genocide in the 20th century. The German government recognized and apologized for the events in 2004.
Today, Maherero day is the traditional Herero festival held annually in Okahandja in memory of those who died in the German massacre in 1904. 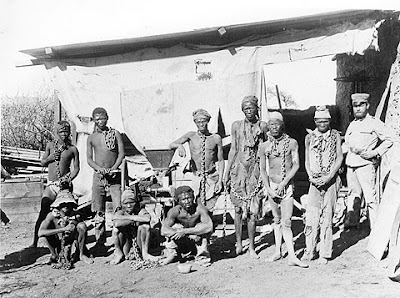 German scientist Eugen Fischer came to the concentration camps to conduct medical experiments on race, using children of Herero people and mulatto children of Herero women and German men as test subjects. Together with Theodor Mollison he also experimented upon Herero prisoners. Those experiments included sterilization, injection of smallpox, typhus as well as tuberculosis. The numerous cases of mixed offspring upset the German colonial administration and the obsession with racial purity.

Geneticist Eugen Fischer came to German South West Africa on behalf of German universities as soon as the death camps opened. Fischer’s ‘race science’ theories led to the idea of a ‘supreme race’ which not only severely influenced the Second Reich, but also the Third. He studied and made tests with the heads of 778 Herero and Nama dead prisoners of war. Severed heads were preserved – numbered and labeled as Hottentotte – the German colonial name for the Nama. He used ‘research’ to prove the black race is inferior to the Germanic – Aryan race. By measuring skulls – facial features and eye colors – Fischer and his protégés sought to prove the native races were inferior – and as he put it – animals.

Eugen Fischer studied 310 mixed-race children, calling them “Rehoboth bastards”of “lesser racial quality”.Fischer also subjected them to numerous racial tests such as head and body measurements, eye and hair examinations. In conclusion of his studies he advocated genocide of alleged “inferior races” claiming that “whoever thinks thoroughly the notion of race, can not arrive at a different conclusion”. Fischer later became chancellor of the University of Berlin, where he taught medicine to Nazi physicians. One of his prominent students was Josef Mengele, the doctor who made genetic experiments on Jewish children at Auschwitz. 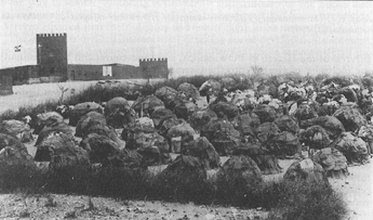 The German colonial authorities never conducted a census before 1904. A census performed in 1905 revealed that 25,000 Herero remained in German South-West Africa. According to the 1985 United Nations’ Whitaker Report, the population of 80,000 Herero was reduced to 15,000 “starving refugees” between 1904 and 1907Source: Wiki 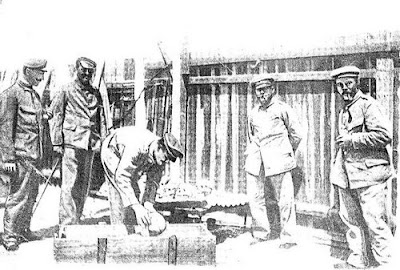 Soldiers began to trade in the skulls of dead Herero and Nama people. They sold them to scientists, museums and universities back in Germany who advertized for them. The practice was so widespread that this postcard was made showing soldiers packing skulls. Part of the postcard was reproduced in book form. The text above more or less reads; Herero skulls were packed into boxes by German South-West-Africa troops, to be sent to the pathologic institute in Berlin, so that they might be used for scientific measurements. Herero women removed meat, skin and hair form the skulls using pieces of broken glass. The skulls were from Herero’s killed in action or of those hung. 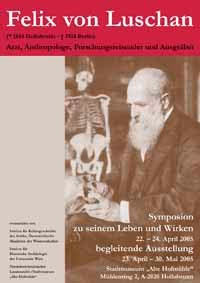 Felix von Luschan, director of the Ethnology Museum in Berlin, was an ethnologist obsessed with collecting human skulls and skeletons. He drew up guidelines for travelers to German colonies, instructing them how to pack skulls, skeletons and human brains for shipment. This ‘currently respected director’ boasted, you could get a human skeleton for a piece of soap….One year after the extermination war began, Felix Luschan asked a notorious racist by the name of Lieutenant Ralf Zürn ‘commander of Okahandja’, if he was aware of any way in which the Museum might collect a larger number Herero skulls? The Lieutenant had already supplied him with a skull, wrote back saying this would be possible ‘since in the concentration camps taking and preserving the skulls of Herero prisoners of war will be more readily possible than in the country, where there is always a danger of offending the ritual feelings of the natives’.

… Namibia’s Herero community is seeking reparations from Germany for the suffering experienced during colonial rule. The Herero say that German policy at the time amounted to genocide. Many Herero who rebelled, became prisoners of war. Starvation and torture were widespread. Of an estimated 65,000 Herero, only 15,000 survived. Today, the pain is still felt acutely. “Our fathers and mothers were killed like animals. It’s a sad story, all the atrocities, the way the Germans killed people, starved them to d
eath, and took them into concentration camps,” says 65-year-old Ujama Karuhumba who lives in Okahandja. ….

Germany has offered an apology for the massacres that occurred, and proposed a multi-million dollar development deal for Namibia. 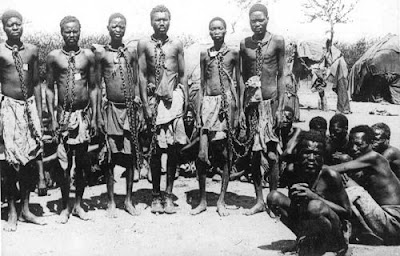 However, the Herero Genocide Committee is seeking millions of dollars in compensation from the German government, based on the atrocities committed. Esther Utjiua who chairs the committee, says Germany wants no mention of the word “genocide”.

She describes the relationship with Germany as “hostile”, and says further dialogue is needed. “They are too vague. We don’t know where we stand with them. We want to be involved. We don’t want them to decide on our behalf what it is we want.
“For two years, we’ve been asking the German government to talk about the issue of genocide, and come to an agreement on reparations that can be acceptable to both sides.” After a state visit to Germany at the end of last year by Namibia’s President Hifikepunye Pohamba, talks between the two countries on bilateral development co-operation were postponed.

…
At a recent fund-raising dinner in the capital, Windhoek, influential members of the Herero community outlined ambitious plans to raise money and write more books about the events of 1904. A young student made an impassioned plea to the assembled guests: “It is against the background of the German atrocities that the Herero community is seeking compensation from the German government. I’m saying ‘Push on’ until the long overdue victory has been attained”. Phil Ya Nangoloh of Namibia’s National Society for Human Rights says he fully supports the Herero claim for reparations. “There is enough documentation to prove that genocide has taken place, as defined in the Genocide Convention. A token sign of reparation must be given to the people who suffered this genocide”.

Genocide and the Second Reich

Ghost of the Namibian Genocide have reawakened returning to haunt modern Germany to wake up to a very uncomfortable fact that the dark racial theories that helped inspire the Nazis run much deeper into German and European history than most people wants to acknowledge.

MORE SOURCES
http://www.ezakwantu.com
THE HERERO HOLOCAUST? The Disputed History Of The 1904 Genocide http://www.namibweb.com/hererohol.htm

Kimpavitapress - February 10, 2019 0
The story of three Moroccan dancers who despite having valid Visas, were refused entry, locked up, and deported by the Dutch authorities. On January 10,...

What to wear to work: Advice from 11 stylish Toronto women

Editorial: Meanwhile Around the World by Johan Galtung