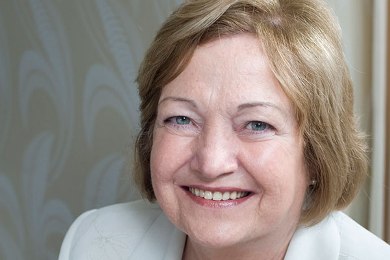 When the President of Ireland, Michael D. Higgins, the Irish military, government members and many Irish people gathered in Dublin, on Easter Sunday (27 March 2016) to remember the Easter Rising of 1916, some of his challenging words were addressed to the young generation.  He encouraged them ‘to imagine and to dream,’ and he said that ‘we wish them well as they make music and continue to dream’.  The leaders of 1916 had political hopes and dreams.  President Higgins said, ‘For the leaders of 1916, their political hopes and aspirations for what a free Irish Republic might be, were linked to a rich Irish culture which they cherished and promoted.  Within that vision, their ancient Irish language and culture, informed by our history and migration, was central to everything for which they hoped and fought.’

I believe the men of 1916 had a democratic right to their dreams of Irish self-determination and to work for Irish Freedom, but the violent method by which they fought for freedom was ethically and morally wrong.  Patrick Pearse, who took part in the 1916 Easter uprising, eulogized the redemptive nature of blood sacrifice.  Pearse wrote,  ‘We may make mistakes in the beginning and shoot the wrong people;  but blood is a cleansing and a satisfying thing and the nation which regards it as the final horror has lost its manhood, and slavery is one of them, without the shedding of blood there is no redemption as the blood of the martyrs was the seed of the saints, so the blood of the patriot will be the sacred seed  from which alone spring new forces and fresh life into a nation which is drifting into the putrescence of decay’.

Pearse’s view of the redemptive value of bloodshed and the blood sacrifice interpretation of the events of Easter week have continued to feed the myth of redemptive violence in Irish history.   Pearse, I believe, regarded his cause of Irish freedom as a holy cause, and put it above the life of both himself and others.  If nationalist (or other) aspirations are elevated above human life and one takes it upon oneself to kill another human being ‘for the cause’ we are in danger of losing sight of the sanctity and dignity of human life and each other.  Therefore, I believe violence is always wrong and there are always nonviolent alternatives to bring about justice and build peace.

Whilst we can feel a deep sadness for the suffering the men of 1916 (and Irish people)  endured at the cruelty and violent military/political occupation of their country by the British, and understand their wish for justice and Irish freedom, their blood sacrifice was not the way of love, which is the only power to transform the forces of domination and control.   I believe it is important to say this very clearly and affirm that religious leaders need to theologically assess blood sacrifice in Irish history.

President Michael D. Higgins said in his speech, ‘The wheel always turns’.   Tragically, we Irish are trapped on a wheel of violence, as is indeed the human family.  The men of 1916 did have a vision of a free and democratic Ireland, and most of them, James Connolly included, did not support the violence of imperial wars, but so too was their own violent methods to win Irish freedom  flawed nationalism and thus out of the cultural roots of the Christian spiritual Irish tradition of Nonkilling/Nonviolence (by far the real heart and soul of the Irish people as we have no history of imperialism and colonization).

Some days after the 1916 Remembrance events, led by the president and attended by the Irish military, NATO warships docked in Dublin.  Irish parents queued to take their little children onto the warships hosted by the British Navy to be shown the latest technology of war and killing machines.  Since 9/11 War on Terror, NATO/USA have carried out perpetual wars against many countries, Iraq, Afghanistan, Libya,  Sudan, and many more, killing millions of people and destroying their countries.  In Iraq, one and a half million children under the age of five died because of economic sanctions put on by Western governments.

The Irish government, which has accommodated over three million American soldiers going through Shannon Airport on their USA war planes, to drop bombs, etc., on civilian populations, must take responsibility for being part of the illegal and immoral wars against those countries.  The Irish government cannot claim to be a neutral country and at the same time provide Irish troops for the European military defence battle groups , and also be one of the world arms export and import countries.

President Michael D. Higgins in his speech invited the people of Ireland to build together a ‘just and equal future,’ ‘to imagine and to dream’.  I believe in the Irish people, in people everywhere, that we have a great future when we work together as the human family teaching our children not violence but th
e nonkilling/nonviolence of our great spiritual traditions and offering them the models of peacemakers such as St. Patrick who in his writings said that ‘killing cannot be with Christ,’ thereby rejecting ‘armed struggles’ militarism and war.  Disbanding the military, (24 countries have no armies) and becoming a neutral, demilitarized country, and model of peacemaking and reconciliation, based on morality and integrity, would indeed be a dream and a vision worthy of the people of Ireland.

Mairead Corrigan Maguire, co-founder of Peace People, is a member of the TRANSCEND Network for Peace, Development and Environment. She won the 1976 Nobel Peace Prize for her work for peace in Northern Ireland. Her book The Vision of Peace (edited by John Dear, with a foreword by Desmond Tutu and a preface by the Dalai Lama) is available fromwww.wipfandstock.com. She lives in Belfast, Northern Ireland. See:www.peacepeople.com.

Quality-of-life Floor and Wealth Ceiling: A House We Can All Live...

Kimpavitapress - November 7, 2017 0
What if, instead of cutting taxes for the rich as its current president calls for, the US raised them significantly, implementing a 100% annual...

Criminals on the International Criminal Court By Thomas C. Mountain