* William Minter is the editor of AfricaFocus Bulletin. Imani Countess is an Open Society Fellow focusing on economic inequality. This essay is part of a multipart series that began in January 2020. Thanks to Catherine Sunshine for editing the essays in this series. 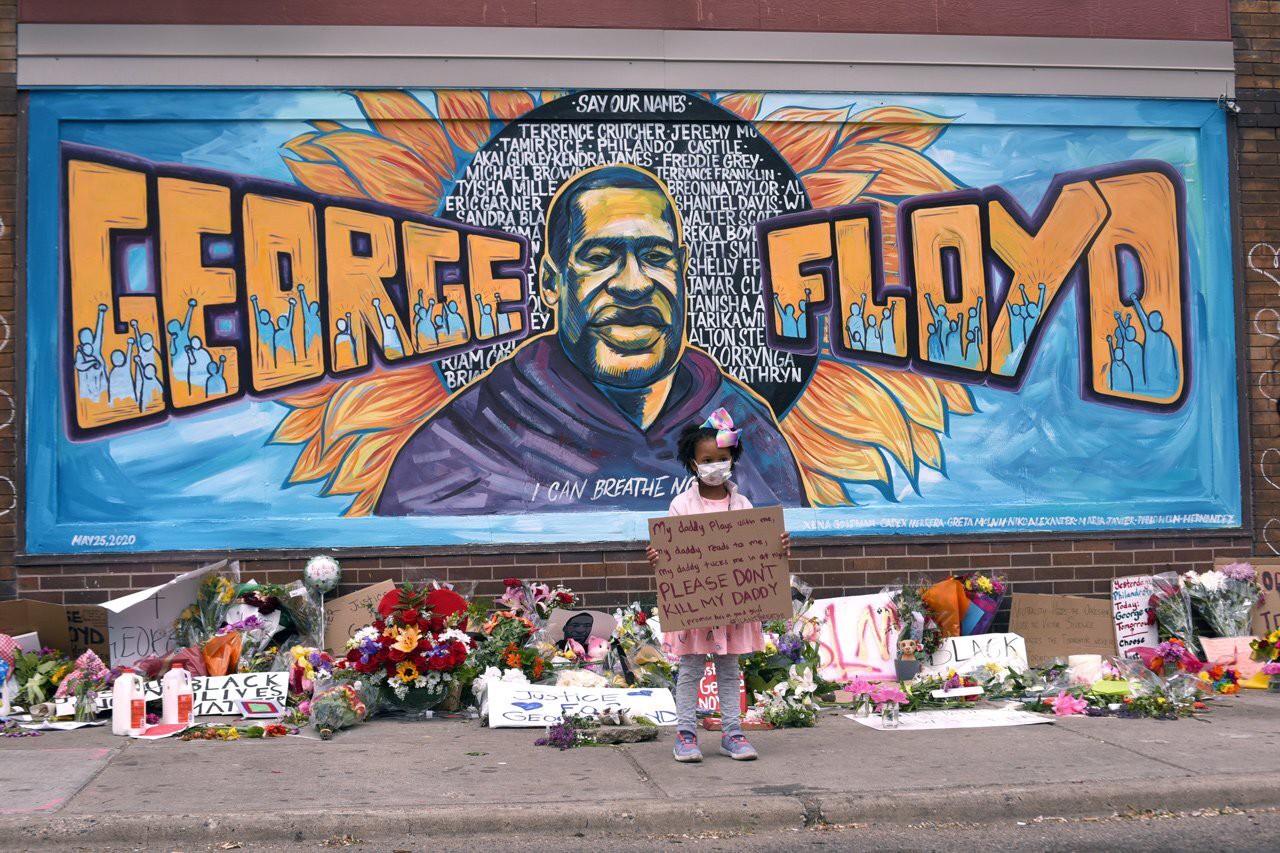 The twin pandemics of racism and coronavirus are colliding, in reality and in metaphor. Anti-racism scholar Ibram X. Kendi writes in the Atlantic of “the racial pandemic within the viral pandemic.” And the meme of “America’s two deadly viruses” has gone viral on Twitter. But while one is a literal (and new) virus and the other an endemic condition that has persisted over centuries, the scope of each spans the range from local communities to the entire planet.

The footprint of these intersecting pandemics differs by geography and by the distribution of vulnerability along many lines of inequality. Actions of resistance also vary from place to place and over time. But there are, nonetheless, common threads in the global response, eloquently summed up in an online monologue by Trevor Noah, the South African comedian who has become one of the most incisive media commentators on American society. His comments were entitled “George Floyd and the Dominos of Racial Injustice.”

Each story seems completely unrelated and yet at the same time I feel that everything that happens in the world connects to something else in some way, shape, or form.

While everyone is facing the battle against coronavirus, Black people in America are still facing racism and coronavirus.”

In June 2020, the United States is an epicenter of both pandemics. The outcomes here will have deep effects not only on this country but around the world. Demonstrators in many countries are mobilizing in solidarity with the US-based Black Lives Matter movement. On June 2, 105 African writers expressed this global solidarity in an open letter:

The letter went on to cite the names of those killed most recently, such as George Floyd and Breonna Taylor, followed by a long list of others; it also acknowledged the many unnamed. The writers added:

“We note in dismay that what Malcolm X said in Ghana in 1964 that ‘for the twenty million of us in America who are of African descent, it’s not an American dream; it’s an American nightmare’ remains true for 37 million in 2020.”

This global response is not only a matter of empathy, spurred by the explicit video of George Floyd’s murder, which was viewed worldwide. It is also a recognition that anti-Black racism is global, not confined to any one country. This racism shows itself in the treatment of Africans and Afro-descendants in a wide range of countries, even those without large Black populations, such as China. It is reflected in the position of the African continent in the global hierarchy, and in the racial hierarchy within the global institutions that make up the postwar order.

Around the world, the impact of the coronavirus pandemic within each country intersects with that country’s specific structural inequalities. In countries that are relatively homogeneous in racial terms, such as most African countries and many Asian countries, the most salient division may not be race. But in every country, sickness and death from the virus, as well as income losses and medical costs, have inflicted disproportionate suffering on the most vulnerable. Each society’s response in turn reveals the weaknesses or strengths of its governmental institutions.

A few countries across the political spectrum have managed the viral threat with relative success: Taiwan, South Korea, Vietnam, New Zealand, Cuba, Norway, and Senegal, among others. Among those that have failed most spectacularly are the United States and Brazil, two countries with vast racial and other social inequalities linked to a history of conquest and slavery. In the United States, the Trump administration has refused to respond constructively to the pandemic even as it undermines global institutions, such as the World Health Organization, that are attempting to do so.

But all countries face or soon will face the cumulative impact of global recession as well as the continued threat of a virus that is not going away any time soon. Meanwhile, the clock is ticking for effective action to curb the coming apocalypse of climate change.

All of us—in local communities, popular organizations and movements, national governments, and multilateral institutions—must think deeply and imaginatively about the destructive institutions inherited from previous generations. Institutions at all levels must decide whether to fund state violence or public health and, more broadly, whether or not to curb private greed for public good. Corporations and governments must choose whether to destroy the planet with fossil fuels or speed a transition to renewable energy. Returning to the previous status quo is not an option. We can increase the damage by resisting structural change, or we can move decisively toward new inclusive and sustainable societies.

Kimpavitapress - February 8, 2021 0
Originally published by BBC News on February 7, 2021. Every day, more and more reports of starvation trickle out of the Tigray region of Ethiopia...

Wangari Maathai was not a good woman – Kenya needs more...

Looking at the mindset and the histories behind the expansion of...