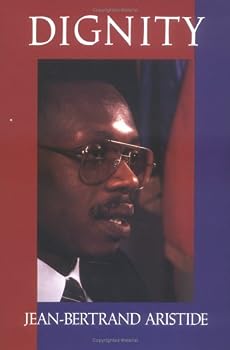 To all those who have lost loved ones, please accept our most sincere condolences. Our deepest sympathies to the entire Haitian population and in particular to those who, prior to the earthquake were already suffering too much, simply because they were continuing a struggle started more than two centuries ago. To those who departed, we wish them eternal peace and the most warm welcome by the Creator and the ancestors.
We would like to express our solidarity for Haiti a country where, from 1791 to 1804, Africans unchained themselves in the name of fidelity to humanity. Africans, ahead of their time, had then given a lesson to those who usually assigned themselves that role, self-proclaimed revolutionaries of a revolution, we are told, prepared by the philosophers of the Enlightenment. But as Louis Sala-Molins amply demonstrated in Le Code Noir, not a single philosopher ever uttered a word on the Black Code, launched in 1685 and terminated in 1848.
The destructions caused by nature are little compared by those created, inflicted, calculated, distilled by the godfathers of a system which has become today so predatory that the biological and ideological descendants (of the enslavers), as if on automatic pilot, can do no better than react through charitable gestures orchestrated by a deformed conscience dominated by a mindset sharpened by the constant search of ways to rape humanity, while giving it the impression of loving it.
In the coming days, the suffering from the consequences of the destruction caused by nature will bury even deeper those caused by the predators and their admirers. But the fidelity to the truth that ‘tout le monde est monde’ shall always be stronger than forgetfulness. That kind of fidelity does not satiate its thirst from the crocodile tears poured by media correspondents who rehash statistical tables accumulated by humanitarian organisations whose task is to cover up the outcomes of a crime against humanity by empathising on the fate of ‘the poorest country of the planet’. That fidelity has resisted, is resisting and shall resist against the most brutal and softest forms of torture, imagined by those who in the name of capital’s liberty, are programming the slow liquidation of humanity.
The same press correspondents, with tears in their eyes, point out Haiti’s ‘political instability’ while refusing to get into the root causes, direct and indirect, for if they were to dig further into such causes, they would have to recognise that, in Haiti, despite the reverses, fidelity to the values of liberty, equality, fraternity continues as vibrant as ever.
In the face of such immeasurable tragedy, Haiti can best heal by being whole again. President Jean Bertrand Aristide must be allowed to go back among his compatriots. For it is in the face of such a tragedy that one must call for solidarity to rise above political and ideological divisions and cleavages. Haiti has suffered more than its share. It deserves to be whole again and it deserves the most generous gestures of solidarity as a Nation. Let all of its members get back together to rebuild their lives. How far shall one let Haiti bleed?
It is difficult, in the forthcoming days and weeks, not to ask those organisations which wrap themselves in humanitarian clothes in order to avoid fidelity to humanity, to let us know of the fate of Pierre-Antoine Lovinsky who had been kidnapped for calling with persistence for the return of President Jean-Bertrand Aristide.
* Jacques Depelchin is co-founder of Otabenga Alliance for Peace, Healing and Dignity in the DRCongo.

Model leaders where are they in Republic of South Sudan? By...

How we used drones to monitor coastal erosion in Ghana