Congo-Brazzaville’s autocratic regime has long been able to fly below the radar, in part thanks to China’s protection. 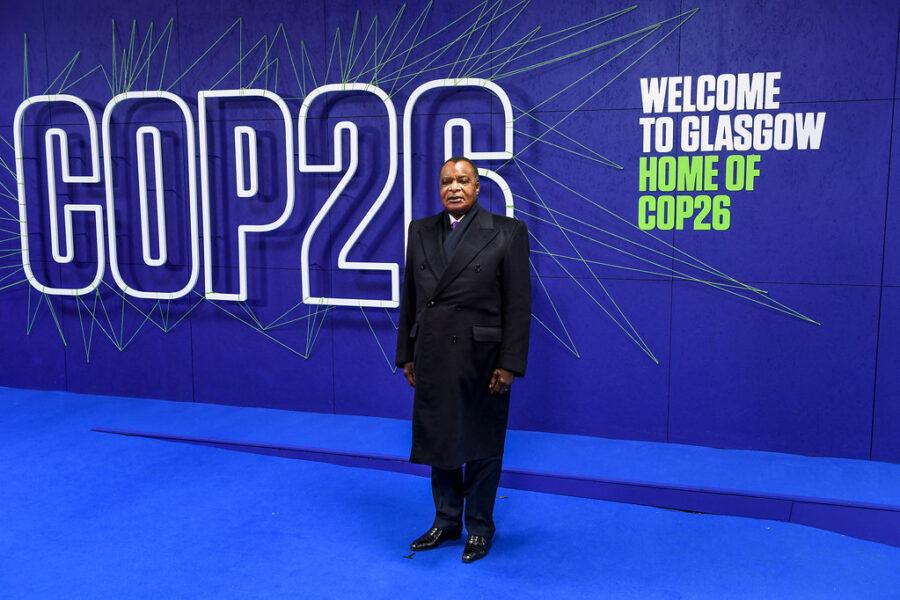 Over 38 years in power, spread across two terms, President Denis Sassou-Nguesso has proven that he has little respect for democracy or human rights.

The autocratic behaviour of Sassou-Nguesso’s – along with widespread allegations of corruption – has led many foreign countries to distance themselves from his regime. Several of Sassou-Nguesso’s children, nieces and nephews have been indicted by French investigators on suspicion of embezzlement. Meanwhile, US federal prosecutors are reportedly probing the president’s son, Denis Christel, on similar charges.

While Sassou-Nguesso has been outcast by some, however, he has found at least one key international ally uninterested in his domestic abuses. When Congo-Brazzaville was isolated following its fraudulent 2016 elections and attacks in the Pool region, the president turned to China. He met with President Xi Jinping in July 2016, after which he expressed support for China’s stance on the South China Sea and agreed to upgrade bilateral relations to a “comprehensive strategic cooperation partnership”.

As part of this arrangement, China shields Congo-Brazzaville from international scrutiny in the UN and provides essential economic support through loans and foreign direct investment. Last year, Xi allowed Sassou-Nguesso’s government to reschedule its $2.4 billion debt, which – along with a restructuring of a $1 billion loan from Swiss energy trader Trafigura – helped unlock a $456 million loan from the IMF. In return, Sassou-Nguesso has joined calls defending China’s widespread human rights abuses in Xinjiang, backed Beijing’s crackdown against protesters in Hong Kong, and supported Beijing’s refusal to allow Taiwan from joining the UN.

In this arrangement, China is the shark and Congo-Brazzaville the remora – an asymmetrical but symbiotic relationship in which one feeds off the other and removes harm parasites, while the other provides protection from other predators.

In the face of this partnership, foreign countries that purport to believe in human rights and that claim to support the Congolese people have done very little. Fortunately, however, there are some clear actions that they could take to hold Sassou-Nguesso and his regime accountable and stand up for the rights of the population.

The US could impose targeted sanctions on representatives of the regime involved in money laundering and human rights violations. Democratic powers could continue to loudly demand the release of political prisoners such as Mokoko and Okombi. And efforts could be made to confiscate stolen assets based in the US and elsewhere and to repatriate them through an endowment for Congolese civil society.

This July, Congo-Brazzaville is set to hold legislative and local elections. Once again there will likely be electoral manipulation on the part of the ruling party and a risk of violence in the Pool region. Despite widespread discontent against Sassou-Nguesso, the opposition remains divided and lacking in leadership in the face of the state’s comprehensive and relentless repression.

To challenge Sassou-Nguesso’s decades-long dictatorship, the Congolese opposition will need to unite. In doing so, however, they will also need support from international allies who must stand up for the Congolese people’s human rights and demand the release of political prisoners who were unjustly jailed. This would give the domestic opposition the reinvigoration it needs and give democracy in the Republic of Congo a fighting chance in the same way that China’s partnership has protected autocracy and boosted an undemocratic regime.

Sassou-Nguesso has managed to stay in power for so long despite his systemic violations and widespread corruption in part because he has been able to fly under the international radar. Beijing has further added to his ability to avoid international censure. Yet as long as this continues, his systematic violations against the Congolese people will go on, and the ageing dictator will continue provide a model of autocracy for others to follow.

Andréa Ngombet is a Congolese civil society leader, a
One Young World Ambassador, and a NED Reagan-Fascell Fellow. He is an
anti-corruption expert and a member of the International Coalition for Democracy
Renewal of the Forum 2000. Ngombet is the founder of the #Sassoufit Collective,
which advocates for democracy and the rule of law in the Republic of Congo.
(DISCLAIMER: The views expressed in his article do not necessarily reflect the
views of the National Endowment for Democracy.)

A Radical Approach to the Climate Crisis By Christian Parenti

Kimpavitapress - June 1, 2014 0
Several strands of green thinking maintain that capitalism is incapable of a sustainable relationship with non-human nature because, as an economic system, capitalism has...

Non-Fiction: The Lie of Global Prosperity by Seth Donnelly

The road to peace in Mali: political roadblocks and other obstacles