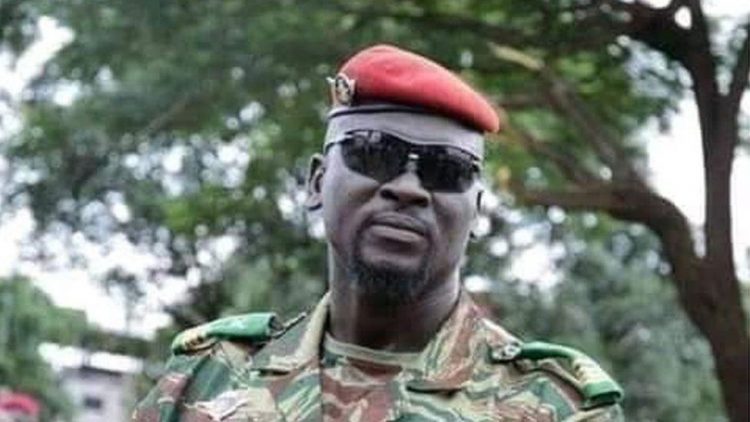 In just five months, Africa has experienced three violent but successful military takeovers in the countries of Mali, Chad and Guinea, where new leaders have ascended to power from their respective militaries.

First came Mali, where on the night of May 24, the Malian Army led by then Vice President Colonel Assimi Goïta captured and detained President Bah N’daw and Prime Minister Moctar Ouane. Goïta later announced that N’daw and Ouane were stripped of their powers and that new elections would be held in 2022.

This was the country’s third coup d’état in ten years, following the 2012 and 2020 military takeovers, with the latter having happened only nine months earlier.

Then in April, following the death of Chadian President Idriss Deby, the Army installed his 37-year-old son, General Mahamat Idriss Deby, as the country’s interim President. The army also dissolved the National Assembly and the government, and abrogated the Constitution but promised to hold elections within eighteen months. This was described by political opponents as a “dynastic coup”.

And most recently, in Guinea, on September 5, a group of soldiers led by the flamboyant Colonel Mamady Doumbouya – The Special Forces Commander– captured the presidential palace and overthrew President Alpha Condé. The 41-year-old Doumbouya claimed that government “mismanagement” prompted their actions.

Historically, Africa has never been a stranger to military coups and takeovers. In fact, it is estimated that there have been at least 100 successful coups in Africa in the past four decades and with more than twice the number of unsuccessful coup attempts.

Today, almost more than a half of African countries are still headed by military men, either as presidents or prime ministers. It is, therefore, clear that the two subjects of “Politics” and “The Army” continue to be closely interlinked for many countries on the African continent.

To some observers, military intervention in African politics remains one of the central challenges facing the Continent currently. It has resulted into a variety of upheavals of differing magnitudes, which have deepened Africa’s misery and underdevelopment.

Col. Mamady Doumbouya, the leader of Guinea’s recent coup, cited poverty and endemic corruption as some of the reasons for overthrowing 83-year-old president Alpha Conde. Similarly, the soldiers who led the coup in Mali claimed that theft and bad governance practiced by the previous regime prompted their actions.

But here’s the problem: Most of these militia or guerrilla groups, once they secure their grip on power, often turn and resemble the dysfunctional predecessors they deposed. Promises of holding national elections are usually made but such promises rarely materialize and if they do, the elections are far from “free and fair”.

In her new book, Do Not Disturb, Michela Wrong shares similar sentiments: “Most of these rebel movements fail to make the transition to civilian governments…The truth is usually simpler: no transition is attempted at all: the habits, mindset, and structures of a military guerrilla movement simply shift wholesale from the forest dugout to the capital city”.

In Zimbabwe, when Robert Mugabe was toppled by the Army in November 2017 after a 37-year rule, there were wild celebrations not only in the country but across the entire region. However, since takeover, little has changed and according to activists, current President Emmerson Mnangagwa is brewing himself into an authoritarian leader with centralised power and authority – he appears to be carrying the leadership mantle from his predecessor.

Should the African Union, Regional Blocs and International Community be blamed?

However, the African Union (AU), together with the regional blocs and international community, has generally remained silent and non-responsive to most of the issues spelt out above.

On elections, the AU and regional organisations routinely resort to observer missions. Their conclusions rarely challenge official results, even when civil society and other independent observers identify serious malpractices. Sometimes their actions or inactions appear like a protection of incumbency and the status quo.

To be fair, the Economic Community of West African States (ECOWAS), West Africa’s regional bloc, has done relatively well if compared to others in the past. But the recent military coups or takeovers in Mali and Guinea have seriously dented its authority.

Someone could argue that the ham-fisted responses by the AU and Regional Blocs to the recent military takeovers in Mali and Chad may have motivated Col. Doumbouya and his soldiers to dislodge the government in Guinea. They may have probably assessed and determined that these Organizations would do little to substantively oppose the coup.

How Civilians are the biggest losers

The saddest part is that, in all this, it is the innocent people who suffer the most. Normally, thousands of civilians are killed in the gunfire exchange and those whose lives are spared are subjected to the worst forms of human rights abuses including rape, torture, starvation and lack of access to adequate shelter.

When author Michela Wrong interviewed Dr. Patrick Bracken and Dr. Joan Giller, who worked with victims of torture after the Uganda Bush war (1980 – 1986), she asked them to share with her some of the intriguing testimonies they heard from their patients.

Dr. Giller recalled: “There was an incident in a village in which two boys were ordered to bite each other’s ears off. And I also remember a mother describing how a soldier raped her daughter in front of her, pushing the girl’s legs above her head so violently, both legs were broken”.

Finally, what is clear here is that these military takeovers do not only threaten human lives, but they also pose serious threats to the democratic gains many African countries have made in the recent past. Therefore, it is incumbent on the AU, individual governments, regional blocs and the international community to ultimately evaluate their root causes and devise the right preventive or corrective strategies to cope with them.

Kimpavitapress - October 10, 2018 0
Bundles of used clothes shipped to Africa By Owei Lakemfa. Rwanda is a small landlocked African country with a 24,670 square kilometer, a population of 11.9...

On 10th Anniversary of the U.S.-NATO Attack on Libya: Powerful Perpetrators...

Hungry for a voice: The food crisis, the market, and socio-economic...