Angolan President Joao Manuel Goncalves Lourenco: “The presence of Angolan youth and youth from other parts of the continent as well as the Diaspora in the Biennale will result in various innovative strategies coming out from the reflections and debates aimed at enhancing the culture for peace.” 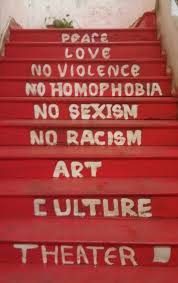 Angolan President Goncalves Lourenco hosts Pan African Forum to promote peace and non-violence.
The 1st Edition of the Pan African Forum for the Culture of Peace ‘Biennial of Luanda’ kicked off on 18 September 2019, in the presence of President Joao Manuel Goncalves Lourenco, Republic of Angola; President Ibrahim Boubacar Keita, Republic of Mali and President Hage Gottfried Geingob, Republic of Namibia.
The Chairperson of the AU Commission Moussa Faki Mahamat and the Commissioners for Social Affairs H.E Amira El Fadel and Rural Economy and Agriculture H.E Josefa Sacko respectively, were also in attendance at the official opening ceremony together with other important stakeholders that included the Director General of UNESCO and ministers of AU Member States.
With a focus to promote a Pan-African movement for a culture of peace and non-violence, the forum is being held under three thematic areas:
* Partners Forum: Alliance for Africa: to scale-up strategic programmes and projects for peace and sustainable development throughout the continent;
* Forum of Ideas – Youth and Women Forums: to disseminate good practices and strategies for the prevention, management and mitigation of conflicts;
* Festival of Cultures: to showcase the cultural diversity on the Continent and the diaspora, as a demonstration of African resilience and innovation. Delivering the keynote address at the opening ceremony H.E Moussa Faki Mahamat, Chairperson of African Union Commission said, “This first edition of the Luanda Biennale and which it must be recalled, was endorsed by the 24th African Union Summit in January 2015, is an opportunity for us to assess the state of peace on the Continent, and to explore ways on how to cultivate and sustain it. My wish is that this Forum which brings together expertise from diverse fields, should make an analysis without fear or favour, towards the appropriation of the culture of peace in Africa.”
Officially opening the forum, H.E Joao Manuel Goncalves Lourenco, President of Angola said, “The presence of Angolan youth and youth from other parts of the continent as well as the Diaspora in the Biennale will result in various innovative strategies coming out from the reflections and debates aimed at enhancing the culture for peace.”
The President highlighted the importance of finding sustainable solutions for the various problem Africa face today, such as hunger, sicknesses, illiteracy, social inequalities, high unemployment rates which result tribalism, and xenophobia, dividing Africans, that delay the harmonious development of Africa and the wellbeing of its population.
“The culture of peace is more than an armistice or a ceasefire. It is built and must be nourished over time,” said Ms. Audrey Azoulay, Director-General of UNESCO. “Because as a Senegalese proverb says, ‘there can be no peace without understanding.” This understanding is the awareness of each other’s heritage and common heritage”, she added.
The Culture of Peace Biennale is a continent-wide event contribution to the implementation of the Aspirations of the African Union Agenda 2063 and in particular the “Agenda for Peace” and “Silencing the Guns by 2020” Flagship Project. Equally, the event responds directly to Sustainable Development Goals 16 and 17 (Peace, Justice and Strong Institutions / Partnerships) of the United Nations Agenda 2030.
Jointly organized by the African Union Commission, UNESCO and the Government of Luanda, the five-day Biennale of Luanda was concluded on 22 September.

The meaning of protest art to society By Karest Lewela and...

Kimpavitapress - November 6, 2014 0
Protest art exists across all the genres of art. In visual and audio arts, from stand-up comedy to paintings and rap music, protest art...

Rusesabagina’s Show Trial and Shooting Deaths of a Rwandan Dissident and...