Food prices are soaring worldwide. Not just prices of wheat and other grains, which is where the U.S. and its allies in the European Union have focused their attention, but also on products like industrial butter and milk powder, whose prices have jumped 70% in a year. (Le Monde, May 21) 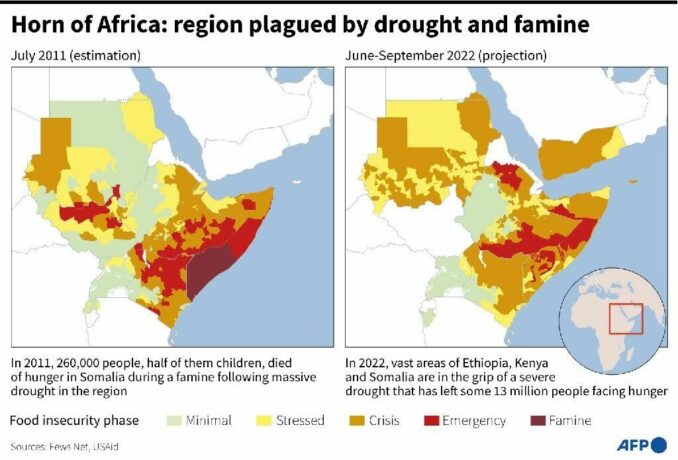 Secretary of State Antony Blinken has pointed to the price of wheat, claiming that “Russia is weaponizing global food supply” in a conference he had with U.N. officials May 20. (New York Times video, May 20)

But experts in the field of crisis management point to other factors that have affected the prices of wheat and the foods wheat is used in. The price of the energy used to prepare the fields, plant and harvest the crop, and then transport it to market has shot up, And of course the companies that supply the energy aim to see their profits climb along with their prices.

The truth is that Blinken and the U.S. media machine are weaponizing the threat of famine in parts of the world in order to score propaganda points against Russia in the U.S./NATO’s ongoing proxy war in Ukraine.

Much of the fertilizer that farmers need for good yields comes from natural gas, potash and fixing nitrogen, all processes that require extensive energy. A good deal of the world’s fertilizer supply used to come from Belarus and Russia, before sanctions were applied to these countries.

Farming is a seasonal affair; crops must be planted, cared for, harvested at fixed times of year based on weather. The droughts that have hit many wheat-exporting areas of the Northern Hemisphere have severely limited production, reducing supply — which has resulted in higher prices. The extreme heat waves that hit India this spring and the heavy rains that struck China when its winter wheat was being planted — both phenomena associated with global warming — have had major impacts reducing the harvest.

According to the U.N.’s Food and Agricultural Organization (FAO), the decline in food exports from the Black Sea region has been partially offset by increased exports from the EU and India, leaving a gap of about 3 million tons.

That’s small on a global scale. But Russia and Ukraine contribute about half the cereals imported by Lebanon and Tunisia and two-thirds of those imports for Libya and Egypt. Ukraine’s food exports normally provide the calories to feed 400 million people. These four countries that import cereals are facing severe difficulties finding alternative suppliers.

The FAO is urging countries to be very careful about imposing export restrictions which “exacerbate price increases and reduce trust.” António Guterres, U.N. Secretary General, recently warned of the threat that a global food shortage could last for years. Around the world, 181 million are forecast to be in crisis levels of hunger in 2022.

While a famine has not been officially called in East Africa, people — mainly children — are dying of hunger. Oxfam estimates that 350,000 children are likely to die by the end of summer.

Oxfam and Save the Children estimate that across Ethiopia, Kenya and Somalia, on average six people die every five minutes from acute hunger linked to conflict, COVID-19, the climate crisis and inflationary and market pressures accelerated by the current conflict in Ukraine.

There is enough food to feed everybody a decent diet. The big problem is that the big capitalists haven’t figured how to do this profitably.

Africa proves that wealthy countries can be failed democracies too By...