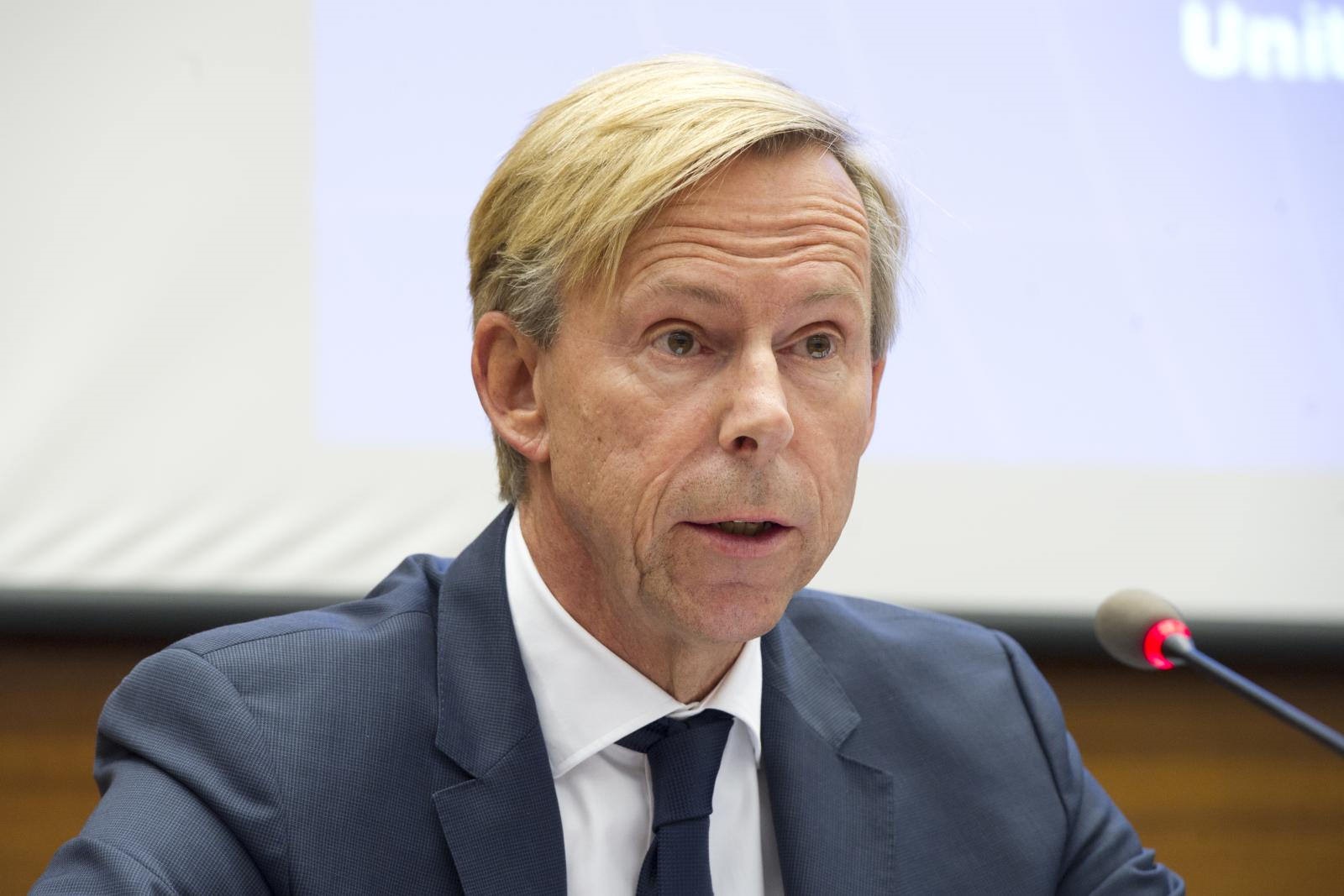 UN whistleblower Anders Kompass, who exposed the sexual abuse of children by French and African peacekeepers in Central African Republic, is to resign in protest over what he sees as the organisation’s failure to hold its senior officials to account.

“The complete impunity for those who have been found to have, in various degrees, abused their authority, together with the unwillingness of the hierarchy to express any regrets for the way they acted towards me sadly confirms that lack of accountability is entrenched in the United Nations,” Kompass told IRIN. “This makes it impossible for me to continue working there.”

Kompass, field operations director at the Office of the United Nations High Commissioner for Human Rights, passed a confidential internal report on the abuse of children by French troops in CAR to the French authorities in 2014 after the UN failed to raise the alarm and stop the exploitation. The alleged abuse involved hungry children – as young as eight – in the M’Poko camp for displaced people, coerced into sex in return for food or a little money.

Instead of investigating those allegedly responsible for what proved to be an even wider crime – including the involvement of its peacekeepers – the UN’s Office for Internal Oversight Services launched an internal investigation into Kompass’ conduct. Accusing the former Swedish diplomat of leaking, it condemned his “misconduct”, suspended him from his job, humiliatingly marched him out of his office, and demanded his resignation.

An independent panel later found senior UN managers to have “abused their authority” in the handling of the scandal.

Paula Donovan of Code Blue, a campaign to end sexual exploitation by UN peacekeepers, says the UN’s attitude left Kompass no alternative but to quit.

“I’m not sure how you can work with a system that’s gone out of its way to prove it can defeat anyone who tries to expose it,” she told IRIN. “Despite the platitudes, the assertions of intolerance for wrongdoing, it’s all just empty phrases.”

Under pressure from several governments, UN Secretary-General Ban Ki-moon eventually appointed a three-person independent panel to review the UN’s response to the reports of child sex abuse and its treatment of Kompass. 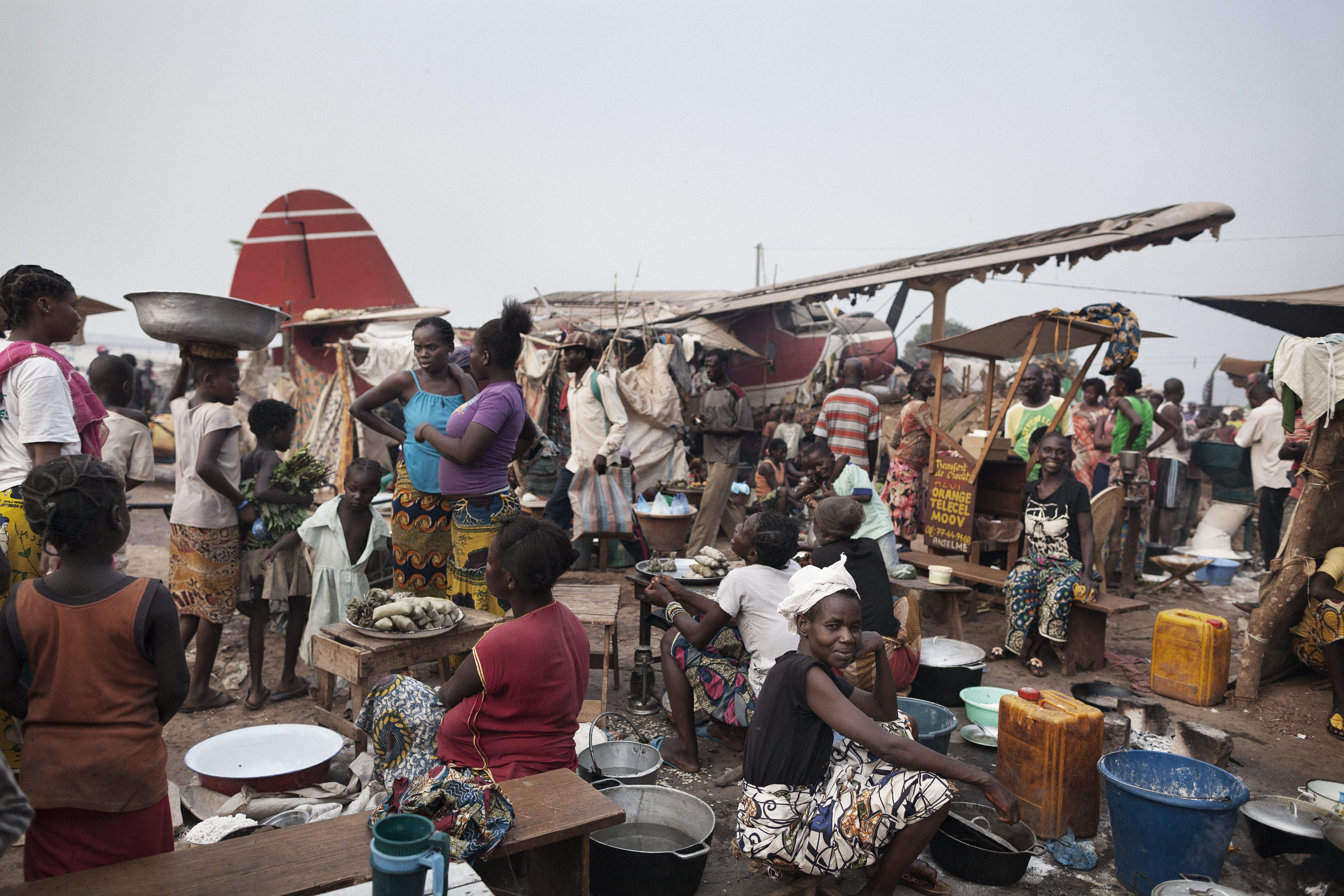 Nine months later, both the internal investigation and the external panel had exonerated him. The panel also excoriated the UN’s “gross institutional failure” – which enabled the documented forced oral sex and rape of 13 boys by 16 peacekeepers.

Buck-passing meant nobody took action for more than a year, the panel report said. When French investigators tried to delve, just days after Kompass had passed on the evidence, their efforts were frustrated by UN officials.

Staff in both the UN mission in CAR, known as MINUSCA, and UNICEF, whose initial joint investigation formed the basis of the internal UN report Kompass shared with the French, failed to ensure that the identified children received proper care, or took steps to protect other potential victims, the independent panel found.

The UN has trumpeted a “zero tolerance” policy towards sexual abuse by peacekeepers since 2005. Ban has now pushed tough new measures. These include the addition of response teams in peacekeeping missions to handle abuse allegations, and the recall of units if perpetrators are not held to account.

But the reports keep coming. More than 100 new cases of sexual abuse by UN and non-UN peacekeepers were reported in CAR in March – most involving children. The alleged attacks occurred between 2013 and 2015.

Currently, 123 countries have troops or police units deployed in 16 missions around the world. According to the UN, of the 60 largest troop contributing countries, only 14 have not reported cases of sexual abuse committed by their forces in the past five years.

The UN has historically argued that it has no jurisdiction over the troops provided by contributing countries for peacekeeping missions – they can only be prosecuted at home. The need for peacekeepers may have also acted as a disincentive to demand stricter standards. Some countries have resisted the new reforms.

Human Rights Watch reported today that African Union peacekeepers from Congo-Brazzaville serving in CAR allegedly killed at least 18 people, including women and children, between December 2013 and June 2015 and dumped their bodies in a mass grave outside their base. The government has so far ignored UN requests for a judicial investigation, the rights group said.

The UN is urging member states to work with it to prevent and react expeditiously to abuse. In February, the UN appointed Jane Holl Lute, previously a senior official in UN peacekeeping, as special coordinator on “improving the UN’s response to sexual exploitation and abuse”.

In a briefing to the UN General Assembly last month, Lute stressed that “much has been done”, and outlined a package of toolkits and guidelines that is in the works.

But nearly two years after the CAR scandal broke, Donovan is scathing. “Although he says he has zero tolerance, Ban Ki-moon has appointed someone to coordinate what has been identified as just a failed, broken system. 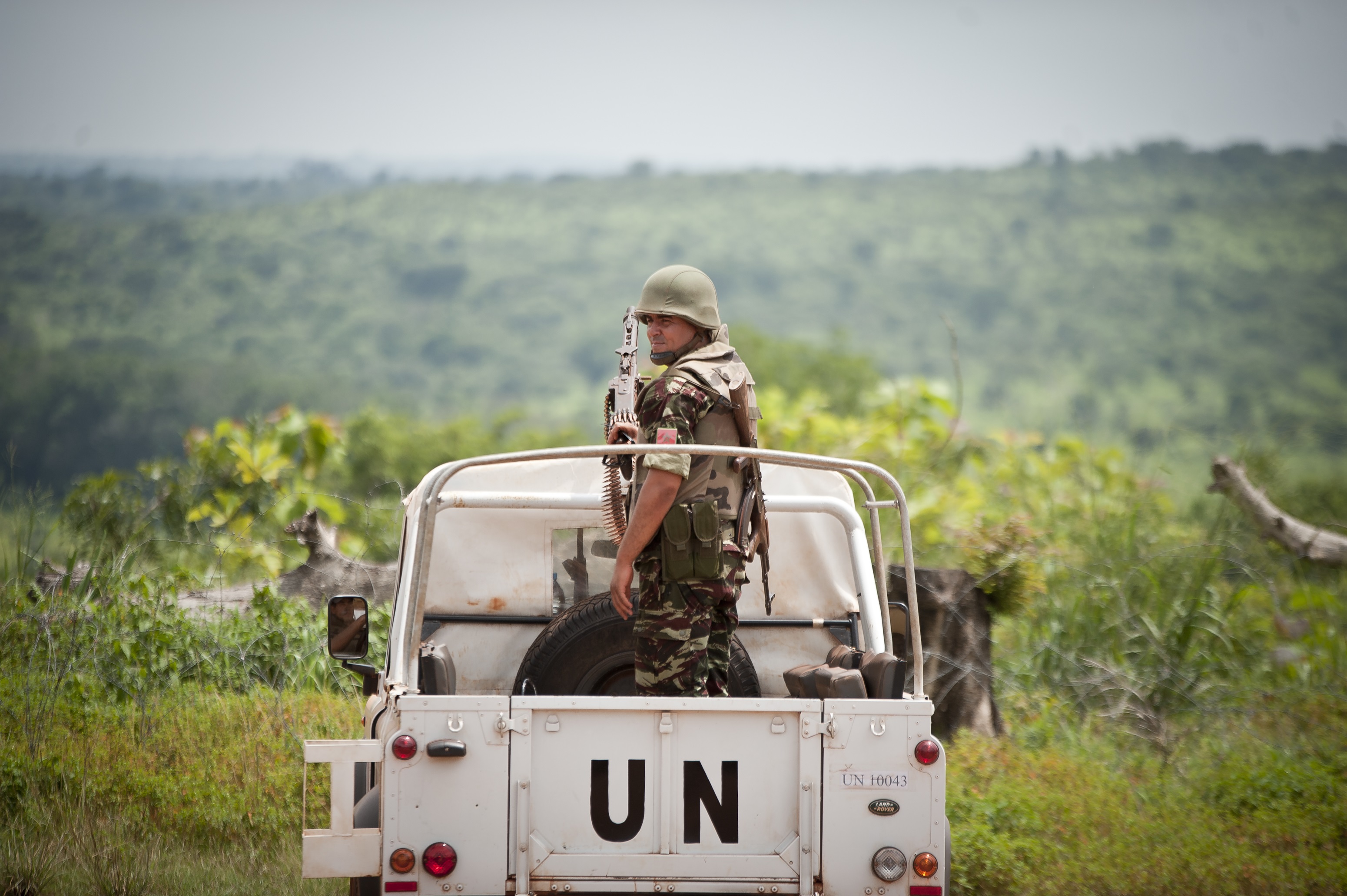 “If you set the bar so low – that you are going to coordinate these dysfunctional entities, and try and improve the response – that just say
s it all,” she said.

While the UN has focused on reforming the system at the ground level, critics point to the relative impunity enjoyed by those in the highest echelons of the UN civil service – an accountability vacuum they say the Kompass case has laid bare.

The independent panel’s report found that three officials had specifically “abused their authority”: Babacar Gaye, the special representative of the secretary-general for MINUSCA; Carman Lapointe, under-secretary-general for the Office of Internal Oversight Services (OIOS), and Renner Onana, the chief of the Human Rights and Justice Section in MINUSCA.

Ban fired Gaye in August 2015 after UN peacekeepers were accused of raping a 12-year-old girl and killing a 16-year-old boy and his father. Lapointe, who initiated the internal investigation into Kompass, resigned in September 2015. But Onana remains a senior official in the UN mission in CAR.

Susana Malcorra, Ban’s chief of staff, came in for criticism by the independent report over a “conflict of interest”. She facilitated a meeting with OIOS and the UN Ethics Office – two bodies that should operate at arm’s length from the UN system – to discuss what to do about Kompass. The report, however, absolved her of abusing her authority.

She resigned in November 2015 to become Argentina’s foreign minister. Her hat is in the ring as a candidate to succeed Ban as secretary-general.

The meeting to discuss the Kompass case was held at the urging of Zeid Ra’ad Al Hussein, the UN High Commissioner for Human Rights and Kompass’ boss. He had “a single-minded determination to pursue an investigation” into Kompass and “undoubtedly” risked compromising the independence of OIOS and the UN Ethics Office, the panel report found.

Al Hussain “is still vocally, publicly refusing to acknowledge what Anders did was appropriate, and what he [Zeid] did was wrong and retaliatory,” said Bea Edwards of the US-based Government Accountability Project, which tries to protect whistleblowers.

Al Hussain told the New York Times last year that he felt Kompass had done “the right thing wrongly”. Al Hussain’s office did not respond to IRIN’s requests for comment. Neither did OIOS, the Ethics Office or UN spokesman Stéphane Dujarric.

Kompass says he shared the internal report with the French authorities with the sole purpose of ending the abuse as quickly as possible. Doing so was not in and of itself wrong, according to UN procedures – in fact, sharing information with governments to advocate for changes in behaviour was part of Kompass’ job description.

But while the UN has suggested that Kompass did not follow normal procedures, the independent panel said it was “disingenuous” for the UN to label his actions as “misconduct”.

Citing a separate case in which Kompass was accused of providing information to the Moroccan government about Western Sahara for “personal gain”, one past media report suggested that he was seen in the UN as “an untrustworthy shill for a foreign government”.

Such rhetoric and Kompass’ treatment may well give other potential whistleblowers pause.

“The point of whistleblowing is that somebody will be held responsible for criminal misconduct,” said Edwards. “Those that have taken the risk to report should be protected, commended and rewarded.”

Kompass, 60, is to resign on 31 August, one year before the end of his current contract. He has reportedly accepted a job at the Swedish foreign ministry.

“It was a very hard decision for me to take, after a total of 21 years of service with the United Nations,” he told IRIN, “but one that I feel was unavoidable.”

Coming up: In an exclusive commentary, Anders Kompass details the reasons for his resignation.

Dr. Maryse Narcisse; the Woman who should be President of Haiti

Sierra Leone's Disaster Was Caused by Neglect, Not Nature By Lansana...