Are European leaders forcing their own migration agenda on Africa? Why are they conflating development aid with migration policy? What is wrong with introducing more safe and legal migration routes?

For refugee and migrant rights advocates, the action plan launched in Malta today at the end of a two-day meeting of 60 European and African leaders left more questions than answers.

The Valletta summit was meant to strengthen cooperation on tackling irregular migration, but critics saw it not only as a missed opportunity, but also as one-sided, secretive and wrong-headed.

“The summit was not well balanced. It was the EU talking in one voice,” said Odile Faye from the Migration and Development Civil Society (MADE) network in Africa, one of only two civil society members given a last-minute opportunity to attend as an observer.

The gathering marked the official launch of an emergency “trust fund” for Africa, intended to finance implementation of several aspects of the action plan.

The EU has drawn 1.8 billion euros from its budget and the European Development Fund to launch the initiative with the expectation that member states will make significant contributions. So far they have pledged just 78 million euros between them.

Of greater concern to Sara Tesorieri, Oxfam International’s expert on migration, are the many unanswered questions about the new trust fund’s dual focus on migration and development.She pointed out that member states that contribute will want to have their say on how the money is spent, which could lead to conflict as some countries will be more interested in spending on migration control and others on developme
nt.

“What will the money be used for: fighting poverty or increasing border security? Where will it be spent: in the poorest areas, or areas that are considered of strategic interest to Europe, meaning along the migratory routes? We’ve been asking these questions, and we get a lot of different answers.

“And beyond the trust fund, are we still going to have development money for southern Africa, or will European donors shift money to countries of origin, instead of wherever the need is greatest?”

Tesorieri said the trust fund had mixed aims, some that were standard development goals and others that really had more to do with managing and controlling migration.

“We would like to see a clear division between development and non-development funding and projects,” she told IRIN.

Others expressed concerns that some of the most important discussions in Valletta may have taken place unobserved, in “backrooms” outside of the main event. 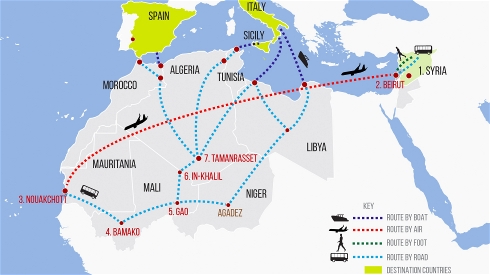 Speaking at a civil society briefing hours before the summit began, Iverna McGowan of Amnesty International, said: “We are not concerned about the official lines so much as what is happening in the margins in bilateral agreements. The externalisation of border controls could be dangerous if processes are not transparent [and there are] little or no safeguards.”

She added that one North African country was rumoured to have been urged to sign an agreement on migration cooperation in return for a reduced tariff on food imports: “so it’s ‘sign the agreement and you will get a better deal on food’.”

The 14-page joint EU-African strategy on migration unveiled at the summit is divided into five sections including development, legal migration and mobility, and international protection and asylum.

Perhaps most important from the point of view of European leaders are the final two sections covering cooperation on reducing irregular migration and smuggling, and boosting returns and readmissions.

Announcing the trust fund, European Commission president Jean-Claude Juncker said: “To succeed, we need to work together with other European countries and our partner countries in Africa in addressing the root causes of irregular migration and promoting economic and equal opportunities, security and development.” 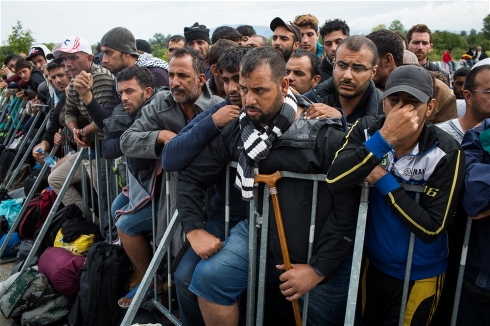 ****Photo: Andrei Pungovschi/IRINMigrants and refugees at Croatia’s border with Slovenia wait for a bus to take them into Slovenia

In return for the new aid, Europe expects African countries to take back its citizens who try to enter the EU irregularly and do not quality for international protection. Currently, a significant portion of return orders issued by European countries can’t be carried out either because migrants destroy their identification documents, making it difficult to prove where they are from, or because their home countries refuse to accept them.

The action plan calls for “strengthened cooperation to facilitate the return and sustainable reintegration of irregular migrants”. Immigration officials from the 10 main source countries in Africa will be encouraged to undertake identification missions to verify and identify their citizens for the purposes of their deportation. The first of these missions will begin in early 2016.

But Valerie Ceccherini of the Norwegian Refugee Council, who was the second of the two NGO observers allowed to attend the summit, told IRIN: “The tougher return policy is coming from Europe, it is not coming from the Africans; they don’t want this.”

She added that French delegates had opposed the approach, which had mainly been driven by the UK and Germany. “The French were saying they think it is wrong to link development aid with cooperation on migration.”

< strong>*Louise Hunt’s report was published in IRIN, a humanitarian news and analysis, a service of the UN Office for the Coordination of Humanitarian Affairs. Go to Original.

****Photo: Andrei Pungovschi/IRIN | Migrants and refugees at Croatia’s border with Slovenia wait for a bus to take them into Slovenia

Libya’s peace process doomed to failure without its women

Kimpavitapress - January 27, 2021 0
Libya is disintegrating into chaos and lawlessness. Women who stand up to those in charge of the country end up fearing for their lives,...

Will the future of the working class be determined by the...