–
The fulfilment of human needs and human survival flow from the care we provide the Earth.

A global economy based on the myth of limitless growth, and limitless appetite for earth’s resources is at the root of these multiple crises that we face.  The industrial corporations that are destroying the Earth are avoiding responsibility, committing expensive and irreversible crimes against nature with impunity. Our common survival demands that we make a transition away from a predatory industrial paradigm and reinvent our systems of production and consumption through the  unification of a diversity of ecological actions towards living economies, living democracies and a food and agriculture system that sustain life on earth, replacing corporate monopolies with commons, and competition with cooperation.

This requires a shift towards a circular model where the economy is held in no greater esteem than the environment and the people, for whom justice, fairness, and the right to resources is of equal importance. This is the practice of Earth Democracy, which maintains the web of life, takes into deep account the web of biodiversity, food sovereignty, and the diversity of local food communities. This involves the recognition of the intrinsic worth and rights of all beings, including Mother Earth and embraces local communities in all their diversity. On the other hand, continuing to think of human rights as separated from the critical state of nature is only encouraging ecocide.

Last year for Earth Day, with Naturaleza de Derechos and Health of Mother Earth Foundation, along with over 600 organisations, networks and individuals from all over the world, we launched a Planetary Communiqué in response to the pandemic. A call for urgent action to place the health and wellbeing of all people and the planet at the centre of all government, institutional policy, community building and civic action.

A panel of civil society leaders exchanged views on the common thread that links Human Rights to the Rights of the Earth and how ecological actions grounded in both human and earth rights ensure the maintenance of the web of life.

Dr Vandana Shiva, founder of the Navdanya movement and President of Navdanya International highlighted how in our care for the Earth, we find all solutions and answers to the the crisis we are facing today, but not in the techno-fixes proposed by the same corporations that have brought us these crisis in the first place. “What I call the monoculture of the mind, the paradigm of anthropocentrism, that sees the Earth as a lifeless container, human beings as separate from nature, and a handful of powerful men superior to her and to other beings, has brought us 500 years of colonialism, 200 years of industrial capitalism, 100 years of chemical, toxic agriculture and food systems, as well as the systematic undermining and destruction of diversity and indigenous peoples’ identities and cultures.”

“The industrial corporations that are destroying the Earth are avoiding responsibility, committing expensive crimes against nature with impunity”, explained Nnimmo Bassey, the director of Nigerian think-tank, Health of Mother Earth Foundation. He described the practices of multinational fossil fuels corporations in Nigeria, which have been committing ecocide for decades, damaging the environment as well as local populations.

In order to stop these devastating consequences from harming nature and communities, we need to give legal rights to the Earth. This is what Fernando Cabaleiro, lawyer and founder of the NGO Naturaleza de Derechos in Argentina, is advocating for. He explained that the law now needs “to address the injustice of considering that nature is inexhaustible and that human beings […] can dispose of it as they please.” “We must unanchor the law from an anthropocentric axis and value instead the legacy of the cosmovision of native peoples.”

Jojo Mehta, director of Stop Ecocide International, added that the criminalization of ecocide at the international level can also help to shift the cultural and legal attitude on how we treat nature, by putting its destruction at the same level of the worst crimes, thus making ecocide morally unacceptable. It would be a way to influence national and local laws and hold states and transnational corporations accountable for their damages. More and more initiatives from civil society are now raising to take into account the voices of nature.

Marie Toussaint, MEP and co-founder of the association Notre affaire à tous, gave us the example of “l’Affaire du Siècle” (the Case of the Century), a legal recourse which resulted in the French state being declared responsible for its climate inaction. This victory tells us that “states are accountable for their environmental action and inaction, and that they must adjust to respect the laws that they have adopted”. 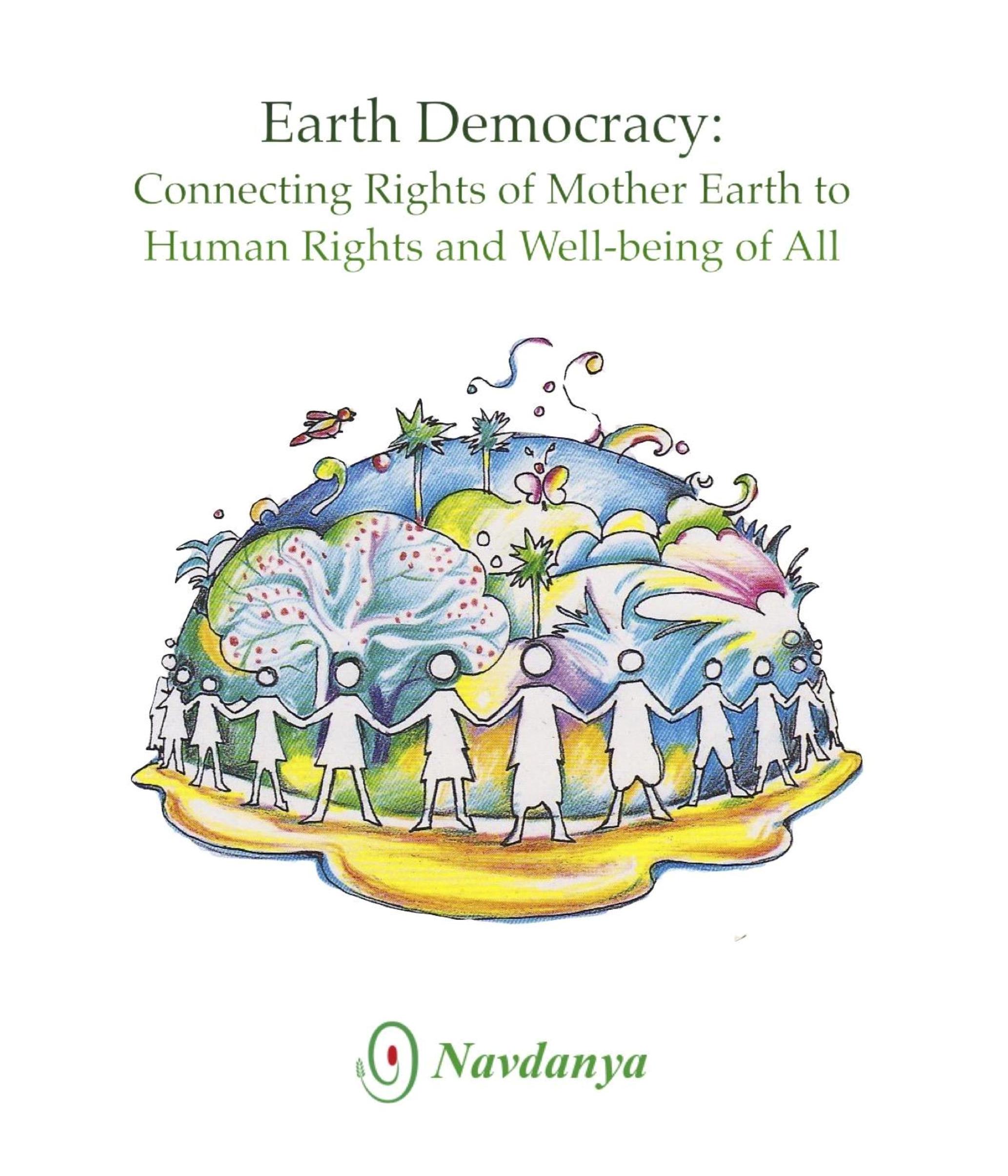 Dr Vandana Shiva concluded: “I think this is both a dangerous moment and an amazing moment to sow the seeds of democracy, realising that if we take care of the Earth and give back to her, she will give us in return in abundance. Every heart, every mind is being called to take care of nature, and that’s where the Earth will rise.”

She also released a new Navdanya publication “Earth Democracy: the Connections between Rights of Mother Earth and Human Rights”, which highlights how “Denial of nature‘s rights leads to destruction of nature and a threat to the very conditions of human survival. The same constructs that lead to violence against nature and her destruction become the basis of violence against fellow human beings. Non-sustainability and injustice are part of the same process”.

Kimpavitapress - October 19, 2018 0
Under a midday blazing sun in Kampala, we are driving hesitantly over the newly paved roads of Nsambya and Katwe suburb. A pedestrian signals...

Being African in India: 'We are seen as demons' By Aleta...