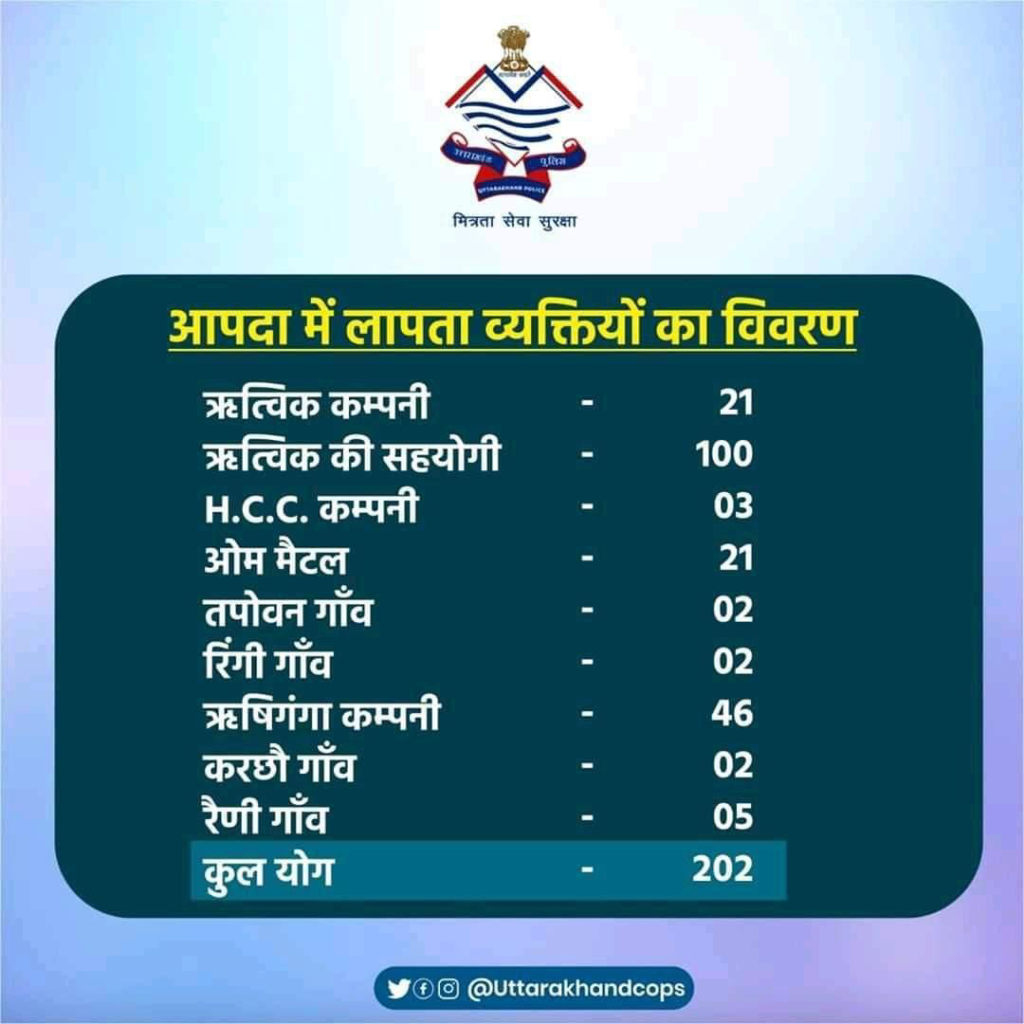 I am a child of the Ganga Himalaya , nourished materially and spiritually by Dev Bhoomi, our sacred land. The mountains , forests and Ma Ganga have shaped my imagination, my knowledge ,my science , my life , my activism.

I have been an ecological activist for 4 decades inspired by the Chipko movement which started in the early 1970’s in my region of the Garhwal Himalaya in Uttarakhand.

Uttarakhand is the source of the sacred Ganga and its tributaries.The Ganga is   the lifeline of India. The sources of the Ganga, were made sacred sites in order to protect the Ganga Himalaya, and hence Indian civilisation .The material and the spiritual are not separate in India’s ecological civilisation . Our mountains ,forests and rivers are sacred. They are also the ecological foundation of our economy and society

The yatra to the four pilgrimage centres of Gangotri, Yamunotri, Kedarnath and Badrinath- the Char Dham, was meant to both connect us culturally and spiritually to these “Bhu tirths”-sacred sites of the Earth- and to connect us ecologically to the sources of life, the sources of our rivers..

The Himalayan disasters do not have local causes or local consequences .

The melting of glaciers is a direct impact of fossil fuel industrialism , leading to Green House gas emissions and Climate Change. Every year Himalaya Glaciers are loosing one and a half feet of snow.

Formation of glacial lakes by melting of snow has doubled in the last 7 years. Logging, dam building, highway building are carried out by national corporations and non local contractors.

Climate change combined with maldevelopment is contributing to accelerated disasters in the fragile Himalaya .

The Himalaya, the mountains of snow, are the Third Pole which supplies water to half of humanity. Mother Ganga and our perennial rivers  are fed by glaciers and are the lifeline of half of India, creating the fertile Indo Gangetic plains that have provided us food for thousands of years.

Himalayan disasters are an existential threat for India, both materially and spiritually. We need to listen to the cry of the Himalaya because it is our duty to protect our sacred mountains and rivers, but also because  our  well being and survival depends on the Ganga Himalaya .

The Himalayan disasters including the tragedy of 7th Feb 2021 are a consequence of ignorance and greed – Ignorance of the planetary boundaries and ecological limits, and greed to extract the last drop of oil and gas from under the soil, the last kilowatt of energy from the last river , including our sacred mother Ganga and her tributaries, the last rupee from nature and workers building the dams and highways .

The 2021 disaster has taken place in Rishi Ganga Valley near Reni where tunnels were being built for the Rishi Ganga project. The Rishi Ganga  joins the Alaknanda, a tributary of the Ganga .

Reni is the village from where women like Gaura Devi first gave the  warning about the ecological fragility of the Himalaya 4 decades ago after the Alaknanda disaster  of 1970 .This is where the first Chipko action took place .

The flood caused by a Major landslide  flooded 100 sq m, marooned 101 villages, destroyed 604 homes, washed away 6 motor bridges, sixteen foot bridges, It devastated 500 acres of crops, cowsheds, and watermills. 142 animals and 55 people died. According to some reports 200-500  people were washed away .

Women connected the deforestation to landslides and flooding. As they pointed out, the primary products of the forest were not timber and revenue, but soil and water. Forests left standing to protect the fragile Himalayan slopes, provide more to the economy than when they are extracted as dead timber. For more than a decade, non violent direct actions by Chipko activists prevented logging

It took the 1978 Uttarkashi disaster for the Government to recognize that the women were right. When the government had to spend on flood relief was much more than the revenues they were getting through timber extraction, m the government realised that what my sisters of Chipko were saying was scientific .The real economy of the Himalayan forests was their contribution to soil and water conversation, and prevention of floods and droughts

In 1981, in response to the Chipko movement, logging was banned above 1000 km in the Garhwal Himalaya. Today Government policy recognises that forestry in the fragile Himalaya has to be Conservation forestry which maximizes the ecological services of the forest in protecting, not extractive forestry.

But new ways of seeing money through violence to our  Dev Bhoomi are being found including blasting the mountains for tunnels for hydroelectric projects. 500 dams are planned in our region on the Ganga system

Most of the people who died or are missing in the 2021 disaster were workers making tunnels for the hydroelectric project on Rishi Ganga near Reni and the dam at Tapovan on Dhauliganga. The private companies make profits . Nature, local communities and workers pay with their lives .

According to the Government of Uttarakhand , the missing people in the Rishi Ganga disaster  include:

The 2013 Kedarnath disaster had led to five thousand deaths and the disappearance of nearly 100000 people. It should have been  a wake up call that the fragile and sacred Himalaya cannot bear the heavy, ecological footprint of limitless greed and limitless consumerism .

It was ignored. And we have had another disaster in 2021 .

Our study of the 2013 Kedarnath disaster showed that most of the landslides had been triggered by blasting for tunnels for hydroelectric projects .

Blasting with dynamite recklessly for the construction of dams and tunnels has triggered thousands of landslides. When the first rain comes, these landslides fill the river bed with rubble. There is no space for the water to flow. We are literally stealing the ecological space from our rivers. And when they have no space to flow, they will overflow, cut banks and cause flooding.

Usually floods come at the end of a heavy monsoon. In 2013 they came with the first rain. The monsoon came early, and the rainfall was much more than normal. This is climate instability. Meantime ,the ecological damage caused by maldevelopment has reduced the capacity of the mountain ecosystem to deal with heavy rain. Climate havoc adds to the vulnerability. Kedarnath, the 8th century Shiva shrine is located at the source of the Mandakini river, another tributary of the Ganga. The damage at Kedarnath was caused by the breaking of the glacier Kedar Dome that led to the bursting of Charbari, a glacial lake. These are climate disasters. Yet just before the Copenhagen Climate Conference, the Government issued a report saying there was no impact on our Glaciers. The Kedarnath tragedy shows haw heavy the cost of this denial is. We need to recognize that our glaciers are threatened, and melting glaciers will lead to disasters. Disaster preparedness is the duty of government.

To avoid future disasters we need to listen to the Himalaya , understand both their ecological fragility and their spiritual vitality. We need to learn once again to have reverence for our sacred mountains and rivers .We need to be informed by the latest of ecological sciences, not by an obsolete model which equates commerce and money making with “development” and which has led to repeated the tragic disasters in Uttarakhand. True development takes place according to the laws of Mother Earth, the laws of the sacred Himalaya and Sacred Ganga .

Money making by a few is not the economy. Destruction of the Ganga Himalaya on which our prosperity rests cannot be called “development”.

Mass consumerist tourism based of pollution and waste, speed and carelessness cannot be viewed as a “pilgrimage” to the “Char Dham”
Mass tourism has led to construction on the fragile banks of the rivers. When rivers flood, more damage is caused.

In my childhood old people did the pilgrimage on foot. Along the main arteries we had roads for one way traffic. Today, there is an attempt to make 4 lane highways in the mountains. Highways means landslides as mountain slopes are dynamited, and the rubble is thrown down the slope.Landslides create slope instability, with more boulders and debris causing destruction of forests and fields. Less space is left for water, rivers flood more easily. And instead of reaching faster, pilgrims and local people face road blocks for days on end due to landslides. Pilgrim tourism needs to be “slow” tourism to respect the sacredness and fragility of the Himalaya, like there is Slow Food and Slow Money.

The 2013 and 2021 Himalayan disasters should wake us up to the social ,ecological and economic costs of destructive policies that have devastated our fragile and beautiful mountain ecosystems. The Himalaya are the youngest mountain system in the world. They cannot bear the violence of deforestation and dam building. They need gentleness and respect. The sacred Himalaya and Sacred Ganga call on us to care for them with reverence and love .

Chipko shook our policy makers out of their slumber that allowed them to think of forests as timber mines , and woke them to the ecological functions of the forests in the catchments of our rivers. The current disaster should shake them out of the slumber that allows them to see rivers as 20,000 Mega watt of hydro power, and realize that when respected our rivers are rivers of life, and when violated, they can become rivers of death. 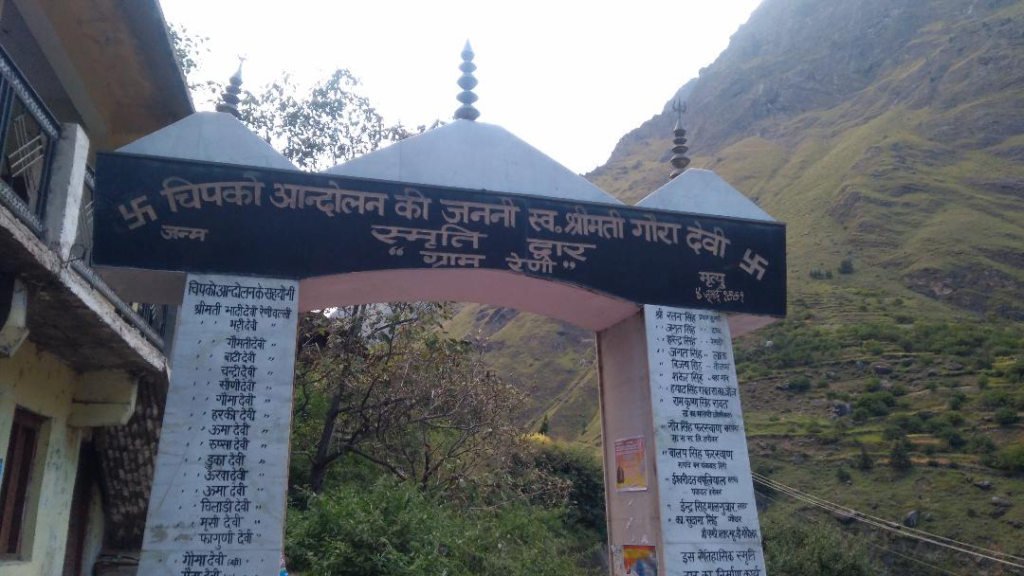 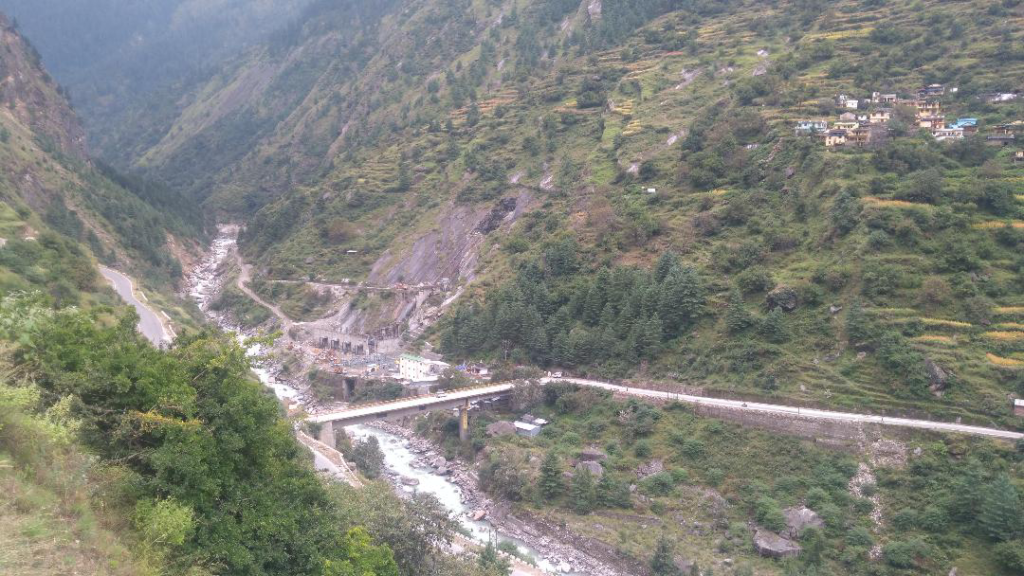 TRANSCEND Member Prof. Vandana Shiva is a physicist, ecofeminist, philosopher, activist, and author of more than 20 books and 500 papers. She is the founder of the Research Foundation for Science, Technology and Ecology, and has campaigned for biodiversity, conservation and farmers’ rights, winning the Right Livelihood Award [Alternative Nobel Prize] in 1993. She is executive director of the Navdanya Trust.

Kimpavitapress - October 12, 2018 0
Marilyn Langlois – TRANSCEND Media Service “Keshagesh means Greedy Guts.  It’s what you call a little puppy who eats his own food and then wants...