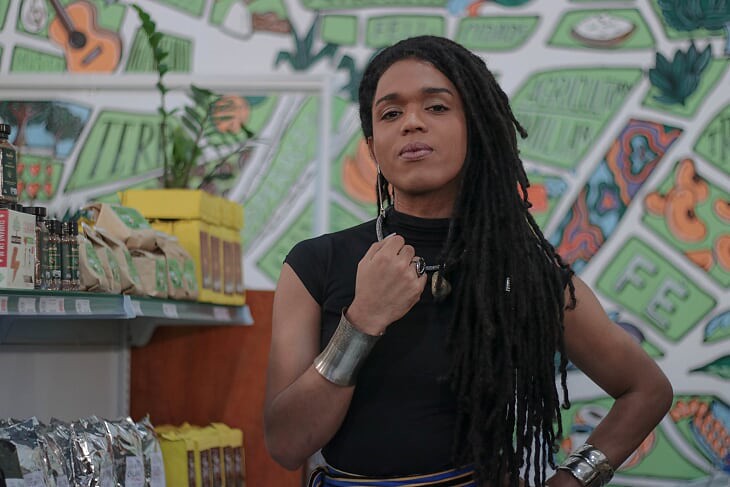 Negra, a Pernambuco woman, a trans woman and elected São Paulo state deputy for the Socialism and Freedom Party (PSOL), Erica Malunguinho, is certainly one of the most striking expressions of the black resistance in the São Paulo scene. This resistance presents itself, mainly, in its life trajectory, which is connected to the construction of its negritude and gender identity. Malunguinho is the first Trans woman to fill a vacancy in the São Paulo Legislative Assembly.

Discussing Black November in an interview with the MST, she talks about the importance of making the month of black conscience a space of struggle, formation and organization of the black population, to strengthen the confrontation with racism in the various dimensions of life.

“The importance of this month is given to the extent that it is a space that strengthens forces and energies of the historical accumulation of the struggles fought by the black people, so that this remains constant,” she points out. In addition, the “living black body” is the primary form of resistance in the current Brazilian context, where a right-wing candidate Jair Bolsonaro  is elected President of the Republic with hate speech.

With firm positions, Malunguinho is also known to be at the head of Aparia Luzia. The space is a cultural center and urban quilombo of São Paulo, founded in April of 2016.

Aparelha Luzia is presented by the interviewee as a space of resistance for valuing the culture and religions of African matrix. In addition, it characterizes it as a safe environment where “black people” can meet.

Follow the interview in full:The fight against racism is historical and has been presented in several dimensions of social and economic relations. In Black November, the month in which National Black Consciousness Day is celebrated, we recall the struggles and main expressions of popular resistance carried out by the black population.  What does this date  symbolize to you as a black and transsexual woman?

I understand this month as a symbolic landmark, the demarcation of this territory. But we must never lose sight of the fact that it should not end in November, because every day is a day of black people. We wake up every day with basic demands of food, of land, of life, of being able to live.

The importance of this month is given to the extent that it is a space for strengthening and empowering forces and energies of the historical accumulation of struggles waged by black people, so that this will remain constant. I think it is something that we have been saying a lot, especially about institutional politics, that we are going to think about institutional politics only in times of election, when in fact this policy, which we are already practicing in daily life by resistance, should be a process of constant training so by the time we reach this period we just need to celebrate. The chronological time frame is given so we can produce reflections of continuity of the struggle.

In your opinion, what are the main expressions of resistance that we have today?

It’s too big to say. But, I’ll say that the biggest expression is the living black body. This  is the greatest expression of resistance. Obviously we are talking about organizations, many agents that are there in the field of organizational dispute of a collective articulation, such as the MST, Aparia Luzia, the Unified Black Movement (MNU), as several quilombos that are present, alive to this day, the indigenous territories. But we can not delegitimize or forget the living black body, the maid who goes to work every day, faces three buses in this violent city, who is violated on public transport, violated by their presence in the world, to work in the house of middle-class whites.

Our challenge in relation to this black life is to make it become more and more self-reflexive, because it is not just self-declaration of blacks and browns. Self-declaration is important, but it will only be decisive as the declaration comes loaded with what it means to be black in our country, in this context of dispute and negotiation of belonging.

The black struggle speaks of itself, but it is also for collective emancipation. 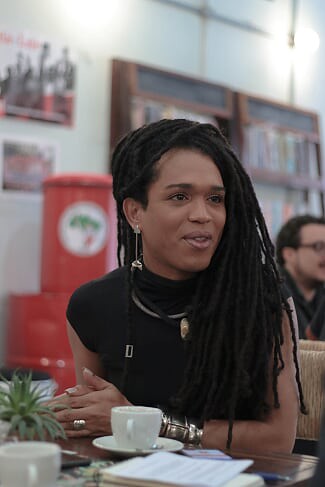 So resistance is the living black body and the challenge of this black body is to get it back to itself. Always remembering that the black struggle speaks of itself, but it is also for collective emancipation. It is not egoic in the narcissistic sense. Anyway, our greatest resistance is our life.

Malunguinho is also known to be at the head of Aparia Luzia.

Do you consider it important in this month to combine the negritude debate and its expressions of resistance with the gender agenda? How can this be articulated?

To think about gender in this question, which is also structural and institutional, it needs to be linked to a doubt. I am not saying that it is minor, for example, that we are beings in a society built in a diaspora, by the process of colonization, which, even if denied, there is a history before the colonizing project. So, “Africas” have diverse societies, ancestrally and contemporarily speaking.

There are societies of the cult of the sacred feminine, the African pantheon itself, where the orixás are crossed by diverse affectivities. The ancestral peoples of the Americas and Indians have a study that indicates we have eight genera cataloged in the peoples of North America. To understand the gender discussion is also to take into account that it must be linked, in this context of Brazil, to a foundation that started from a question of race within a colonizing project based on patriarchy and Eurocentric logic. We are not saying that gender is not structural. But it is necessary to put the foundation of race first. And when I say that, I’m talking beyond social repair. I am talking about the repair and restoration of our worldview, of the philosophy and ethical codes practiced in other models of life. That means horizontality. This means that there is no fragment of the organism of society itself, since the worldview is understood to mean that agriculture concerns spirituality, which concerns marriage, which concerns health, education and everything in a body that has consequence.

When I speak of the racial foundation, I want to restore a philosophy, a social technology and ways of being that can unbalance this
model (Eurocentric, patriarchal). That is where we think candomblé, which is a space of religious practices, a search of spirituality, also a space of science, the production of knowledge, where human relations are given from another place. For example, it is a place where the LGBT community has had a lot of access, with female leaders and there are other possible social architectures.

These debates need intersectionality for us to make an analysis of how this happens today, from a system of oppression and this macho model.

In a line would be: it was not black; they told me black; I assumed that I am black; And now what do I do with it? That is, to understand this historical, ancestral process and make it become a perspective of tomorrow, a project of the world and future.

On the genocide of the black population and the alarming data that places Brazil first in the world rankings in the murder of trans people, what challenges are there for the movement in the next period when we will have the far right occupying the presidency of the Republic?

We are vanguard. We are root, driving force and guideline. When Dona Ivone Lara says that “Negro is the root of freedom,” she is not talking about chains, she is talking about something else. The challenges we have are exactly these, to understand ourselves within this tri temporality. Systematize this and strengthen our network of solidarity, affection, self-care, not to enter into white hysterical resistance.

The challenges that we have are to understand ourselves now within this process as targets, which we have always been, but that these targets pose a double danger to the system, because at the same time that there is a possibility of elimination, we are the insurgency itself and annunciation.

This is more than explicit, that at this time, this is in massive consciousness and interconnected transatlantically.

There is no possibility of a cognitive, epistemological turn of consciousness that does not depart from these subjects, who were crippled by decision. I say this not mathematically by repair. I’m not talking about subjectivity. I’m talking about objectivity.

Because this narcissistic impact of whiteness has built all that is being invented.

They are practices as a model of sustainability and preservation of the relationship, the economy and etc., are practices that were normal and natural for our ancestral people. I am saying that we have the ability and capacity, and, above all, the sensitivity of deconstructing these structural violence.

The great challenge as a society of many ethnicities is to be aware.

This does not mean “white out”, but rather, you need to be absent from the leading role, because you do not know what to do, you are an ally. But in order to economically and politically foster these projects as a principle we must turn to deconstruction. That is, to make a new civilizing pact so that we do not fall into the announced barbarity.

What needs to be done in practice in the next period in the fight against racism and LGBTophobia in our country?

First, self-care. We need to take care of ourselves, of affection, of solidarity. This is essential. So we need to develop strategies and talk about strategies to stay alive. They are survival strategies, growing our group of political articulation.

We need to create an intelligence structure that builds safe spaces in our territories. This structure can not be left out of the church, of the political structures that are in power. We have to translate for ourselves that racial, ethnic, political, institutional, manipulative node. Because it is a gigantic knot and we have the mission to untie that knot. We have to effectively build a political and pedagogical project, both organized collectively and autonomously and independently.

Handbook of Research on Examining Global Peacemaking in the Digital Age...

25 Things Every Proud Owner of PC Should Do