10 Apr 2016 – I had a call from Rosalie Kunoth-Monks the other day. Rosalie is an elder of the Arrernte-Alyawarra people, who live in Utopia, a vast and remote region in the “red heart” of Australia.

The nearest town is Alice Springs, more than 200 miles across an ancient landscape of spinifex and swirling skeins of red dust. The first Europeans who came here, perhaps demented by the heat, imagined a white utopia that was not theirs to imagine; for this is a sacred place, the homeland of the oldest, most continuous human presence on Earth.

Rosalie was distressed, defiant and eloquent. Her distinction as one unafraid to speak up in a society so often deaf to the cries and anguish of its first people, its singular uniqueness, is well earned. She appears in my 2013 film, Utopia, with a searing description of a discarded people: “We are not wanted in our own country.” She has described the legacies of a genocide: a word political Australia loathes and fears.

A week ago, Rosalie and her daughter Ngarla put out an alert that people were starving in Utopia. They said that elderly Indigenous people in the homelands had received no food from an aged care program funded by the Australian government and administered by the regional council. “One elderly man with end-stage Parkinson’s received two small packets of mincemeat and white bread,” said Ngarla, “the elderly woman living nearby received nothing.” In calling for food drops, Rosalie said, “The whole community including children and the elderly go without food, often on a daily basis.” She and Ngarla and their community have cooked and distributed food as best they can. 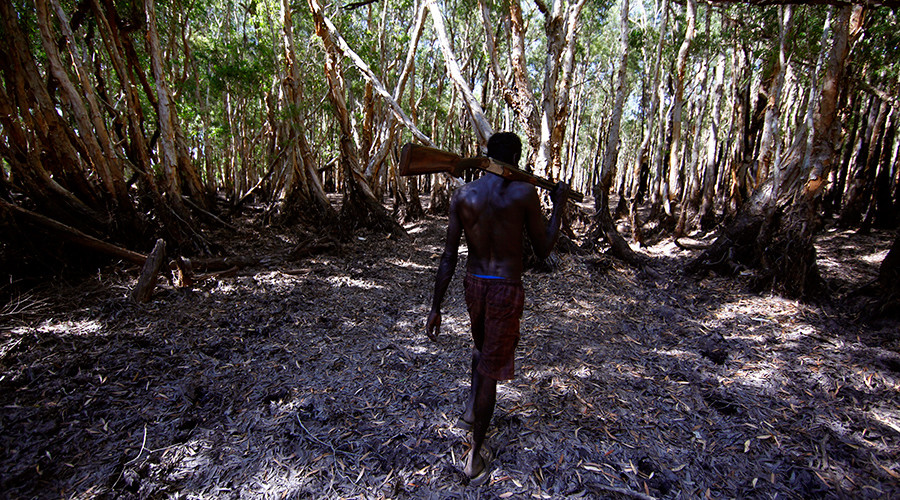 This is not unusual. Four years ago, I drove into the red heart and met Dr. Janelle Trees. A general practitioner whose indigenous patients live within a few miles of AUS$1,000-a-night tourist resorts serving Uluru (Ayers Rock), she said, “Malnutrition is common. I wanted to give a patient an anti-inflammatory for an infection that would have been preventable if living conditions were better, but I couldn’t treat her because she didn’t have enough food to eat and couldn’t ingest the tablets. I feel sometimes as if I’m dealing with similar conditions as the English working class at the beginning of the industrial revolution.

“There’s asbestos in many Aboriginal homes, and when somebody gets a fibre of asbestos in their lungs and develops mesothelioma, [the government] doesn’t care. When the kids have chronic infections and end up adding to these incredible statistics of indigenous people dying of renal disease, and vulnerable to world record rates of rheumatic heart disease, nothing is done. I ask myself: why not?”

When Rosalie phoned me from Utopia, she said, “It’s not so much the physical starvation as the traumatizing of my people, of whole communities. We are duped all the time. White Australia sets up organizations and structures that offer the pretense of helping us, but it’s a pretense, no more. If we oppose it, it’s a crime. Simply belonging is a crime. Suicides are everywhere. [She gave me details of the suffering in her own family.] They’re out to kill our values, to break down our traditional life until there’s nothing there anymore.”

Barkly Regional Council says its aged care packages get through and protests that the council is “the poorest of the three tiers of government and is very much dependent on [Northern] Territory and [Federal] governments for funds to provide such services to the bush.” Barbara Shaw, the council’s president, agreed that it was “totally unacceptable that people should be starving in a rich and well-developed country like Australia” and that “it is disgusting and wrong that Indigenous people experience deep poverty such as this.”

The starvation and poverty and the division often sewn among Indigenous people themselves as they try to identify those responsible stem in large part from an extraordinary episode known as “the Intervention“. This is Australia’s dirty secret.

In 2007, the then prime minister, John Howard, sent the army into Indigenous communities in the Northern Territory to “rescue children” who, claimed his minister for Aboriginal Affairs, Mal Brough, were being abused by pedophile gangs in “unthinkable numbers.” 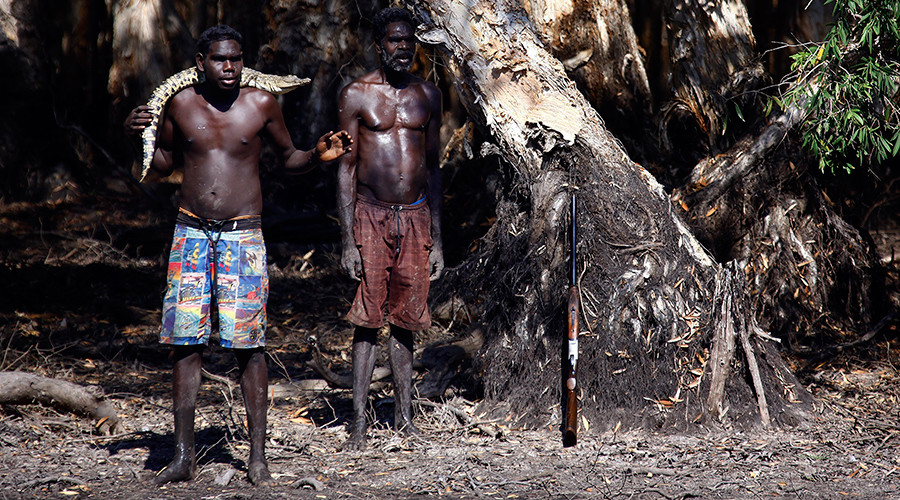 Subsequently exposed as a fraud by the Australian Crime Commission, the Northern Territory Police and a damning report by child medical specialists, the “intervention” nonetheless allowed the government to destroy many of the vestiges of self-determination in the Northern Territory, the only part of Australia where Aboriginal people had won federally-legislated land rights. Here, they had administered their homelands with the dignity of self-determination and connection to land and culture and, as Amnesty reported, a 40 percent lower mortality rate. Distribution of food was never a problem.

It is this “traditional life” that is anathema to a parasitic white industry of civil servants, contractors, lawyers and consultants that controls and often profits from Aboriginal Australia, if indirectly through the corporate structures imposed on Indigenous organisations. The remote homelands are seen as an ideological threat, for they express a communalism at odds with the neo-conservatism that rules Australia and demands “assimilation.”

It is as if the enduring existence of a people who have survived and resisted more than two colonial centuries of massacre and theft remains a spectre on white Australia: a reminder of whose land this really is.

I know these communities and their people, who have shown me the conditions imposed on them. Many are denied consistent running water, sanitation and power. That basic sustenance should join this list is not surprising.

According to the Credit Suisse Global Wealth report, Australia is the richest place on earth. Politicians in Canberra are among the wealthiest citizens; they like to hang Indigenous art on the white walls of their offices in the bleakly modern Parliament House. Their self-endowment is legendary. The Labor Party’s last minister for indigenous affairs, Jenny Macklin, refurbished her office at a cost to the taxpayer of AUS$331,144. During her tenure, the number of Aboriginal people living in slums increased by almost a third.

When Professor James Anaya, the respected United Nations Rapporteur on the rights of indigenous people, described the “intervention” as racist, the opposition spokesman on indigenous affairs, Tony Abbott, told Anaya to “get a life” and not “just listen to the old victim brigade.” Abb
ott was promoted to prime minister of Australia; he was evicted last year.

When I began filming Indigenous Australia some 30 years ago, a global campaign was underway to end apartheid in South Africa. Having reported from South Africa, I was struck by the similarity of white supremacy and the compliance, defensiveness and indifference of people who saw themselves as liberal. For example, black incarceration in Australia is greater than that of black people in apartheid South Africa. Indigenous people go to prison, are beaten up in custody and die in custody as a matter of routine. In despairing communities, children as young as 10 take their own lives.

Yet no international opprobrium, no boycotts, have disturbed the surface of “lucky” Australia. As Rosalie’s call reminds us, that surface should be shattered without delay.

John Pilger has won an Emmy and a BAFTA for his documentaries, which have also won numerous US and European awards. His articles appear worldwide in newspapers such as The Guardian, The Independent, The New York Times, The Los Angeles Times, The Mail & Guardian (South Africa), Aftonbladet (Sweden), Il Manifesto (Italy). He writes a regular column for the New Statesman, London. In 2003, he was awarded the prestigious Sophie Prize for ’30 years of exposing injustice and promoting human rights.’ In 2009 he was awarded the Sydney Peace Prize. His latest film is The War You Don’t See (2010). He can be reached through his website: www.johnpilger.com

Where Did the Phrase “Tree-Hugger” Come From? BY BRYAN FARRELL

Kimpavitapress - January 25, 2016 0
Photo courtesy Waging NonviolenceThe Chipko movement (which means “to cling”) started in the 1970s when a group ofpeasant women in Northern India threw their...

EXPERIENCES OF DEMOCRACY IN AFRICA: REFLECTIONS ON PRACTICES OF COMMUNALIST PALAVER...

Rwanda Stands Up to American Trade Bullying By Tatenda Gwaambuka