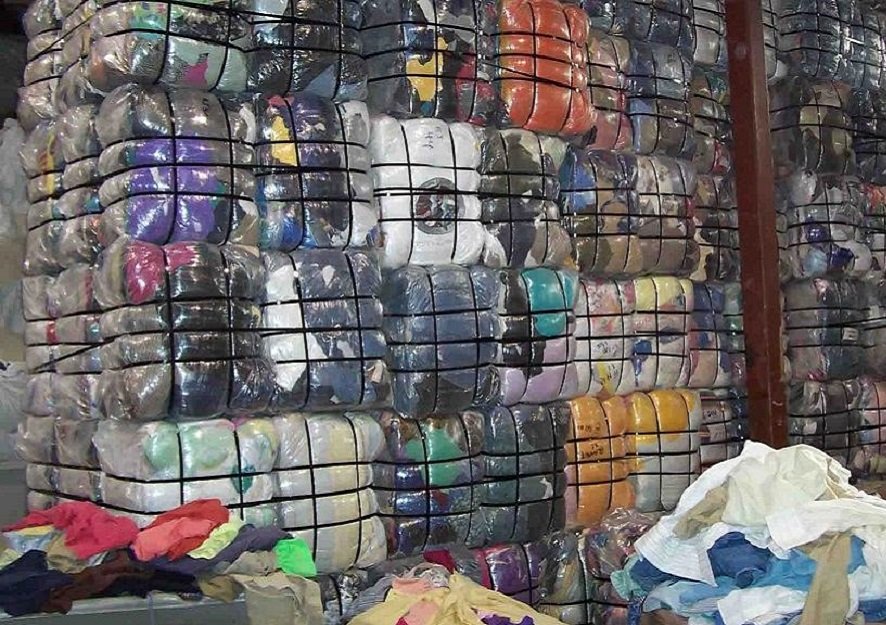 Rwanda is a small landlocked African country with a 24,670 square kilometer, a population of 11.9 million and a GDP of $8.9 Billion. It is with this country, the United States (US) the world’s largest economy with a $20.412 Trillion GDP, a 9,147,420 square kilometer and a population of 326,920,253, has picked a trade war.
Yet this trade war tiny Rwanda is fighting, is on behalf of   Africa following US   insistence that Africans must wear clothes already used by Americans.

The steps that led to the war began in March 2016 when the Heads of State of Uganda, Kenya, Tanzania, Rwanda, Burundi and South Sudan who constitute the East African Community (EAC) decided to ban the importation of used clothes by 2019 as part of the EAC Vision 2050. They sought to grow the manufacturing sector from 8.7 percent to 25 percent by 2032.
They also agreed to increase import duties on used clothing to discourage its   use and promote local production. As part of this decision, Uganda for example increased the environmental levy on used clothes from 15 percent to 20 percent while Rwanda increased the import duty on used American clothes from $0.25 to $2.50 per kilogram. Tanzania increased its own tariffs from 0.2 to 0.4 US dollars per kilogram. 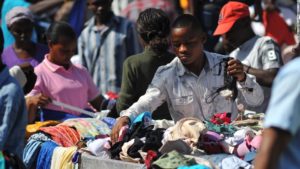 Buyers of used clothes in Africa don’t ask questions who first used the clothes before it was shipped over to them.

The US was livid; how can Africans decide to shun clothes discarded by Americans? If Africans, regarded as the poor of the earth would not buy used American clothes, who will?  How will American second hand clothe traders unionized under   the Secondary Materials and Recycled Textiles Association (SMART) continue in business?

In 2017, it sent a warning to the African countries to either accept the used American clothes, or be punished. But the African countries refused to be intimidated.  President Kagame in response to the American threats, said in 2017: “This is the choice we find that we have to make. As far as I am concerned, making the choice is simple, we might suffer consequences. Even when confronted with difficult choices, there is always a way,”

Uganda’s Minister for Finance, Planning and Economic Development, Matia Kasaija declared: “We are not going to back away from our plans to ban used clothes in this country because few business people in the US or Uganda are interested in the business…Why should our people continue wearing ‘dead people’s clothes’ when we grow cotton and have got our own factories? Is it fair? It is not. We can trade in many other things but not in used clothes.”

Journalist, Isaac Khisa quoted the research  by trade lawyer and policy analyst, Esther Katende-Magezis which revealed that  ‘cotton produced in the EAC is spun and woven in Asia, converted into apparels and shipped to USA and EU to be worn for 2-3 years and shipped back to Africa (EAC) as used clothing, to clothe up to 70% of African population.’

When the East African leaders met to review progress on their development-oriented decision, the Head of Economic and Regional Affairs at the Africa Bureau of the US State Department, Harry Sullivan issued a directive:  “The leaders of Rwanda, Tanzania, and Uganda are going to meet on this issue, so I wish I was privy to what they might decide. They might not have come to consensus yet, I’m really not sure, but we are asking those three countries to do two things. One is to decrease their tariffs to their pre-2016 levels, and the second thing we’re asking is to commit that aside from health or sanitary reasons, not to phase out the export of used clothing.”

President Uhuru Kenyatta of Kenya buckled under, accepted the dictation of the US. But Rwandan President Paul Kagame, refused. For this, the US suspended Rwanda from the African Growth and Opportunity Act (AGOA), which allows Sub-Saharan African countries to export to the United States without facing tariffs. 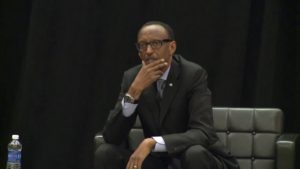 Rather than be cowed and be apprehensive of other punitive actions by America, the Rwandese Government issued a statement saying: “AGOA is a commendable unilateral gesture to African countries, including Rwanda, meant to promote trade and development through exports. The withdrawal of AGOA benefits is at the discretion of the United States.”

The importation of used clothes, the   unrestricted inflow of cheap clothes and smuggling of textiles into Africa, has practically killed the textile industry leading to the loss of millions of jobs. In Nigeria for instance, the textile sector which was the largest private sector employer, is virtually dead with over half a million jobs lost. Yet, it is a country of 180 million people needing clothes with a corresponding pair of legs that need shoes. The footwear industry, subjected to similar treatment like the textile sector, suffered a worse state; it is dead.

The imposition of used clothes on Africa reminds me of the British imposition of opium on China in the 19th Century. The Chinese had rejected trade in opium, but Britain insisted that under free trade, no country can stop the importation of any item including opium. Over this, it invaded China twice, seized Hong Kong and turned millions of Chinese into drug addicts.
Aside issues of trade, dependency and local manufacturing, used clothes have health hazards including skin diseases, ringworm and body lice. As the Ghanaians who refer to the clothes as Obroni Wawu (Dead white men’s clothes) indicate, such clothes could have been worn by anybody before being   discarded.   Used clothes can also be used for biological warfare.  When the White settlers in America decided to exterminate the indigenous Indians five hundred years ago, they simply infected blankets with small pox and handed them over to the Indians. That way, some 90 percent of the Indians were exterminated.

The issue of dumping second-hand clothes and used shoes on Africa, is not merely an economic or trade matter, it is also a socio-political one. The imposition of used clothing on African countries especially by America and Europe is a prolongation of neo-colonial domination, perpetuation of a programme of dependency and a continuous play of a racist stereotype that sees Africans as inferior human beings not fit to wear new clothes like other people. This is why a country like America that claims to be the universal champion of human rights, cannot accept the right of Africans to wear what they want, especially new clothes.  So when a country like Rwanda insist on the dignity of its people by rejecting used clothes, it is regarded as an affront; an act of insolence, disobedience and revolt, which must be punished to dissuade other African countries. This is why Rwanda should not be left alone like a David confronting the American Goliath; other African countries need to rally round and build a united front.