On December 17, 2010, the Tunisian street vendor Mohamed Bouazizi set himself alight in protest against perceived governmental injustice. It was one of the moments which set off the Jasmine revolution. Five years on, Laura-Maï Gaveriaux, visits the remains of one of Ben Ali’s palaces.

Hammamet used to be a glorious touristic city, one of the most popular destinations in Tunisia. During summer months, the arrival of holidaymakers and workers would increase the population fourfold.

But now, after the revolution and terrorist attacks, cities like Hammamet are almost empty. Life is slow there. The tourist area, Yasmine Hammamet – an artificial town built in the 1990s – is now a ghost city: almost all of the 45 hotels are closed.

On the road back from the tourist zone, at the entrance of the old part of Hammamet, one can see the walled-up gate of a property and far ahead, on the sea front, the remains of what used to be a magnificent mansion. People from the medina used to call it ‘a palace’.

This house belonged to the Ben Ali family. It was looted and vandalized in the early days of the revolution. Some say it happened before Ben Ali left the country on January 14; others remember it as happening on the following day, on January 15. It’s a detail, but an important one; policemen may have confiscated valuable items that were in the villa before people came and ransacked what was left. Many witnesses now seem to suggest that what we called a ‘revolution’ was at times more like a widespread looting of shops and private residences than a heroic, democratic and social leap. 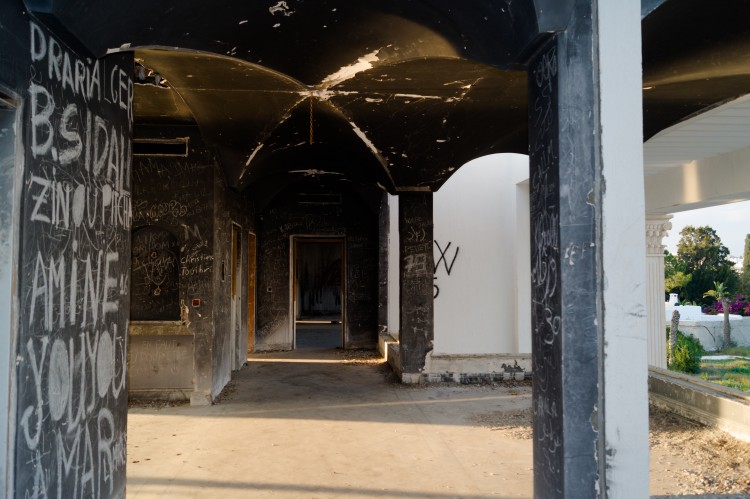 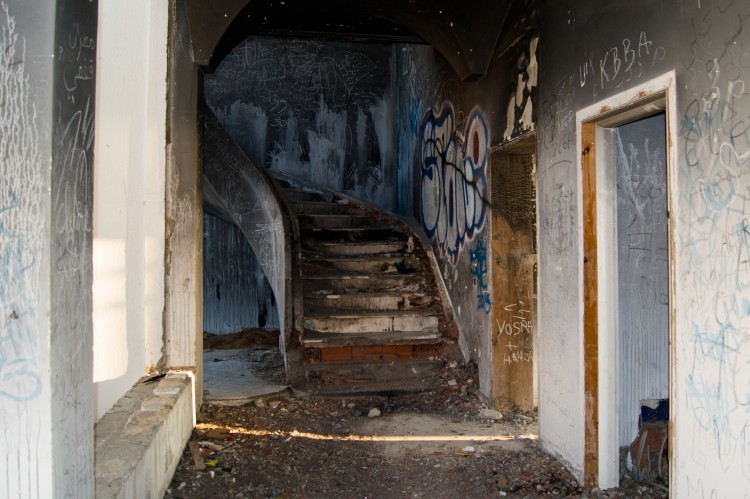 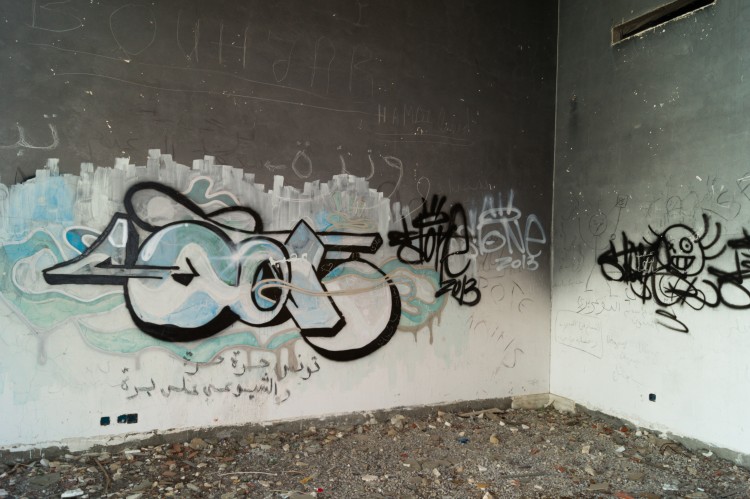 The mansion is now an empty carcass, standing there, a symbol of the past. Lots of Tunisians come and visit the ruins as if on a pilgrimage, despite the fact it’s theoretically forbidden. Many assume that the property is the issue of corruption, but few really know the crooked story behind it.

The land was stolen from the Gabsi family. One can see it tagged on what used to be the facade of the main entrance, so that the passing visitor can remember who once owned the field. There has been no restitution yet – the Gabsi family hasn’t reclaimed it – but at least there has been some restoration of the truth. 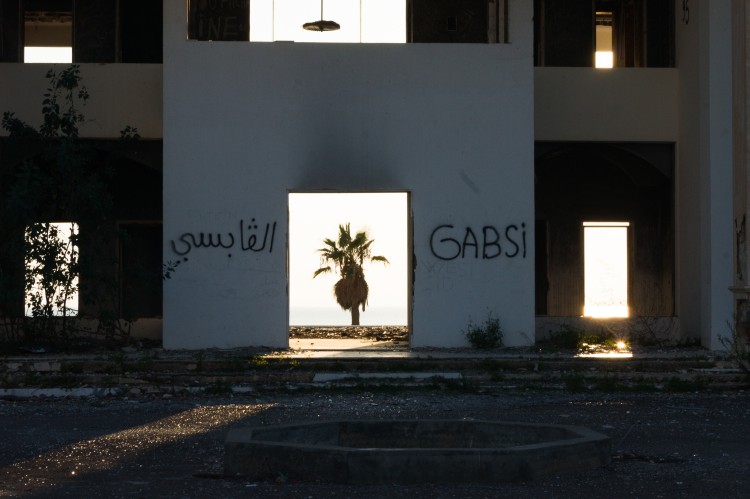 It’s not clear how and why the local authorities, in 1967, expropriated the land. Some say that it was done, officially, to build a hotel complex or a football field. In retrospect, it was revealed that Bourguiba gave it as a gift to an American film producer named Steve Parker, husband of Shirley MacLaine. And then, after Ben Ali came to power, it was easier to take the land, as it was owned by a foreigner. 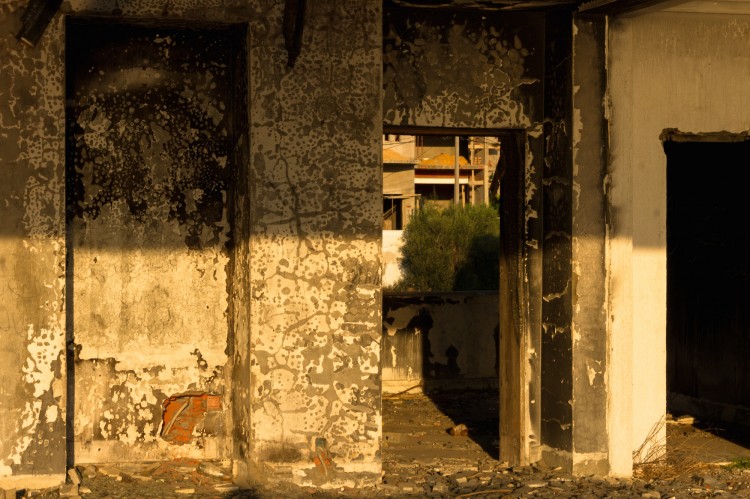 The field then mysteriously ended up in the hands of the president’s nephew, Sofiane Ben Ali, who built the villa that stands there. No one knows if one day, the mansion will be destroyed, and if Gabsi family will be able to build something else in its place. This field has become a fragment of the collective Tunisian memory. Teenagers come and spend time in there, using the walls as canvas for street art and political tags. People come to visit it from all over the country. It stands as Ben Ali’s legacy. 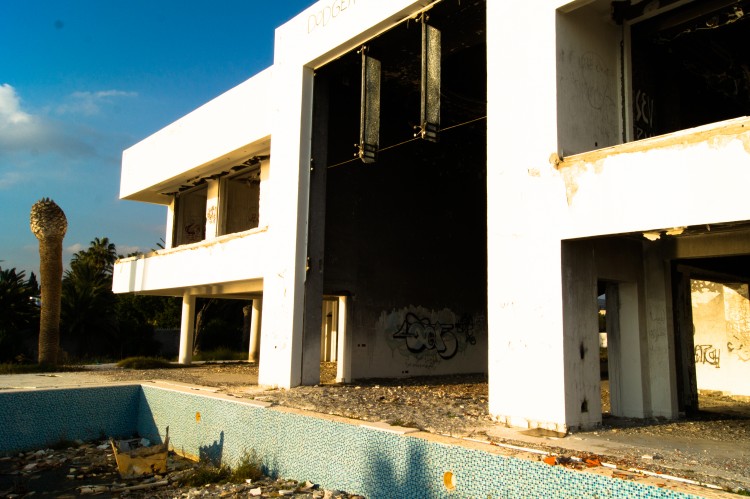 Kimpavitapress - October 18, 2020 0
His image may be instantly recognisable as the face of revolution but Ernesto ‘Che’ Guevara’s words are no less powerful, guided as...

Prof. Johan Galtung on the Psychology and Theology of Nuclear Weapons:...

Kimpavitapress - December 19, 2018 0
There is a grave crisis in contemporary Haitian society, in which the masses of our people are opposing an oligarchy determined to perpetuate a...

Africa's female fighters: They bled and died on the battlefields of...

The 1944 Thiaroye Massacre in Senegal, a Shameful Episode of the...

Kimpavitapress - October 18, 2020 0
His image may be instantly recognisable as the face of revolution but Ernesto ‘Che’ Guevara’s words are no less powerful, guided as...

What World Are We Moving Into? EDITORIAL By Johan Galtung

Modi’s Brutal Treatment of Kashmir Exposes His Tactics – And Their...

Prof. Johan Galtung on the Psychology and Theology of Nuclear Weapons:...